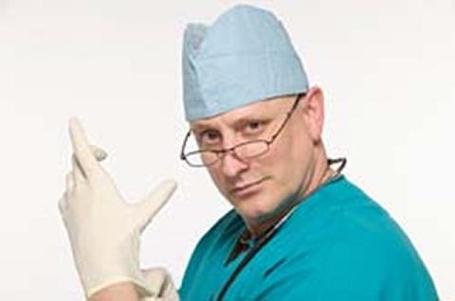 The American Cancer Society recommends that all men get a prostate cancer screening once they hit 50 years old.  We're 56% through the 2008-2008 Colorado Avalanche hockey season, so let's take a look at how the collective group of asses that is the Avalanche blogosphere is doing with this year's roundtable. We'll do questions 1 through 4 today, and look at the remainder of the eight (that would be four for any math-challenged people out there) in the next couple of days.

Who will be the Avalanche's biggest rival? Jibbles, myself, DD, and Shane voted for Calgary.  How'd that work out?  The Avs are 1-4 against them this season with two shutouts, however they did trounce them in the last game.  Surprisingly, nobody picked the Detroit Red Wings since the rivalry had been pronounced DOA after last year's sweep.  Howzit going this year?  The Avs own a 2-0 record against the Evil Empire.  In summary, we don't know Diddley.  The winner for that question is likely Tapeleg who picked the Avs as their own biggest rival:

This looks like a team that is going to be battling for an identity, especially if they are going for a fire wagon hockey style. After a few years of giving up leads and one goal losses, the Avs beat themselves as often as anyone else.

What is the biggest hole or weakness going into the season? Scoring forwards physicality, Tyler Arnason (WINNER, WINNER!!!!), the power play, backchecking, and faceoffs were all named, but the Most Pathetic Prophetic Award likely goes to Joe:

And what about injuries? If somebody gets hurt, like Stastny, Sakic or Hejduk, you've got an offense relying on Ryan Smyth and a bunch of noobs. That's not a recipe for success, even if those young players are really talented otherwise.

I kind of view the Avalanche offense as a stack of Jenga blocks with half the middle already taken out. Remove one or two more pieces and the game is over.

I'd be remiss if I didn't point out MHH members InYoFace and thedoctor's little conversation in the comments:

What will be the most identifiable difference between the Quenneville Era and the Granato Era v2.0?

Let's see, we had more aggressive power play (does doing basic things like shooting from the point count?), more physical play (hitting IS up), Granato going global-thermonuclear-meltdown (he hasn't killed anybody. YET.), up-tempo hockey (yep, for three whole games), getting the most out of his players (uhhh, in a word, fuck no), and an end to the goalie carousal (yes and no, IMO).  So nobody really hit the nail on the proverbial head with this one, but we'll count this as a win cuz of the mustache thing.

Which Avalanche rookie is poised to have the biggest or best impact this year? It was a veritable Hensiiick love fest, but I think the real props have to go to Angelique (who, by all rights, SHOULD have the correct answer for this question) when she talked up Stewart.  Also, epic fail on Justin's part with Per Ledin.  Can't fault him though, Per is an intense, sexy beast. 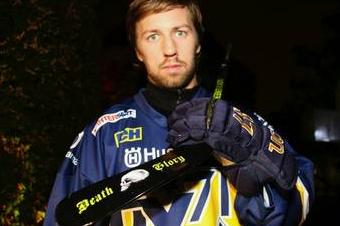 And that's that for the first half of this look back in time to three+ months ago.  I promise I'll have the second part up before Joe finishes the Top 19 list.