How Are YOU Going to React?

Share All sharing options for: How Are YOU Going to React? 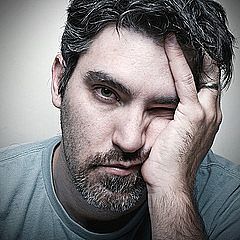 So, let's take stock for just a minute:  8-1-2 to start the season, contributions from everybody we were excited about (namely Duchene, O'Reilly, and Anderson), effective special teams, two wins over a hated rival team in the Central Division, grueling roadtrip under our collective belts with great results, and last but not least, an exciting team to watch. Life is grand.  But, as we discussed yesterday, there is some statistical likelihood that things can turn for the worse, either for a short period of time or an extended one.

I'm not trying to rain on anybody's parade, because I'm loving this team as much as anybody on this site. I'm not wishing for the team to fail.  I'm not even predicting a failure or stating that it will occur. I'm merely wondering what you, the fan, will do if Anderson lays an egg during a game?  Or if Clark and Foote combine for some more brutal PK time and this time it costs the Avs the game?  Or if the Avs lose a stinker to a team like Anaheim or Atlanta? Some have stated that they expect the Avalanche team to go winless, so that every win is a gift.  Others have started mid-seed playoff spot chatter.  My honest question is: how will you react when the fun train derails, even momentarily?  Put some conditions on it if you want:

I won't get mad unless it gets bad for a string of home games.

As long as they trade <insert player name> when it turns south, I'll still be here.

So how are you going to react?