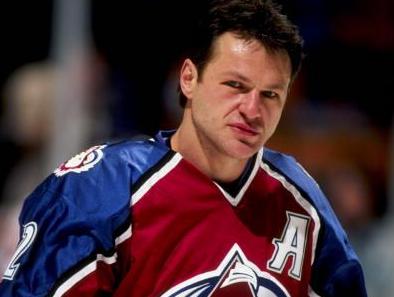 October 3rd, 1995 - On the eve of the season (man, don't you wish deals still happened right before the start of the season?), the Avalanche acquired Claude Lemieux from the Devils in a 3-way deal. The Avalanche sent Mats Sundin  Wendel Clark to the Islanders, the Islanders sent Steve Thomas to the Devils and the Devils sent Lemieux to Denver. Interestingly, Clark was traded again later that year to the Toronto Maple Leafs for the draft pick that would become...today's likely starter, Roberto Luongo. As for Lemieux? Hmmm, I don't really recall anything memorable about his stay in Colorado.