Quote of the Night: Game 40

Share All sharing options for: Quote of the Night: Game 40 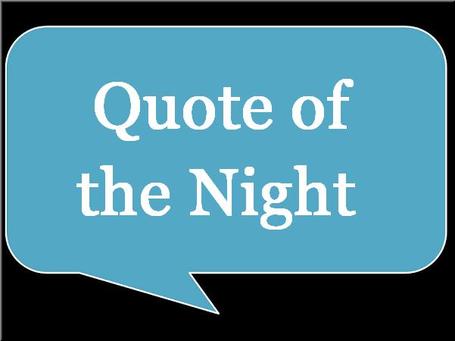 Tonight's QotN brought to you by a whole slew of MHH regs:

Savage33: Especially for someone who SUXXORZZ so bad he should be in the AIHL.

Not sure what the AIHL is, but tonight's quote is a pretty decent synopsis of the game last night.  Peter Budaj gets first star with 40 saves in a 4-1 Avalanche win in front of a sold out Can. Chris Stewart notches two goals in a pretty dominant performance to earn the second star of the game and Chris Durno cements his intraweb fame by scoring his first NHL goal (and earning third star to boot!). Not a bad way to finish up before the upcoming road trip.