The Avs are once again hoping to not match their longest losing streak of the season (five games) as they face the Calgary Flames in the second to last game of this eight game home stand.  Surprisingly the Flames are the last team the Avs beat before losing their last four.  In case the boys in Burgundy and Blue have forgot, here's some tips on how to properly extinguish a fire. 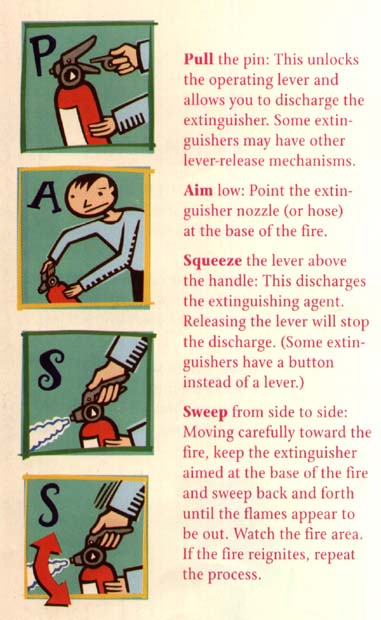 50 games and more than half the season has expired for the Avs, leaving them in unfamiliar territory, even with the struggles they have faced since the lockout. With 32 games left on the season the Avs are three games under .500 at 23-26-1 and have been flirting aroung the .500 mark all season. With two more games remaining on this eight game homestand, the Pepsi Center has been anything but inviting for the Avs who have lost four straight and are steadily dropping further and further from a play off spot, though they remain a mere 6pts out. The Avs will face the number one team in the NW division tonight in the Calgary Flames and, ironically this is the last team the Avs beat. The Flames are still one of the hottest teams in the league, and will be a tough opponent coming into the Can having won their last three matches. One reason for the Flames success on the season has been the play of Mikka Kiprusoff who leads the league in wins at 30. Kipper has been in net for 17 of the Flames last 18 games, recording a 14-2-1 record. Kiprusoff has sat out just three games this season for the Flames, including the Avs only win against the Flames (5 games ago). Against the Avs, Kipper is 7-1-1 with a 1.57 GAA and two shutouts in the last nine contests. Also on a streak for the Flames in Michael Camalleri. Camalleri has scored 11 of his team leading 25 goals over the last 8 games. He also has two goals and four assists against the Avs this season.

Despite going 1-5-0 so far on this home stand, the Avs hope that home will continue to be an advantage against the Flames considering the Avs are 10-3-1 against the Flames in their last 14 meetings at the Can. Unlike the Flames, the Avalanche's goal-tending situation is questionable at best. Andrew Raycroft is struggling through a personal five-start losing streak, while Peter Budaj is not doing much better at 1-5-0 with a 3.92 GAA in his last seven starts.  Budaj is expected to be back in net against the Flames after he made 27 saves against the Ducks in a 3-4 loss on Saturday. He's been in net for all five previous meetings with the Flames this season, allowing 2.84 GAA. He posted a career-high 47 saves in a 4-1 loss on Nov. 18 and then turned aside 32-of-33 shots in a 1-0 defeat on Nov. 20. Budaj posted a victory in his last outing versus Calgary a 6-2 win on Jan. 18 in which he posted a 39-save performance. Budaj also posted 27 saves in a 0-3 loss on Oct 28th and 30 saves in a 5-4 loss on Oct 14th.

Saturday's loss to the Ducks also saw the first drastic line changes made by Coach Granato this season, not directly influenced by injuries.  The Avs two leading scores were separated for the first time this season as Hejduk was replaced by Svatos on the first line of Smyth and Wolski. Hejduk joined T.J. Hensick and Chris Stewart on the second line. Ian Laperriere returned to the line up while Tyler Arnason was a healthy scratch for just the second time this season. The Avs continue to be with out centers Joe Sakic and Paul Stastny, defense-men Adam Foote and Kyle Cumiskey, and winger David Jones.

Special teams, as always, could be a factor in the outcome. The Avs penalty kill continues to struggle having allowed a power play goal in ten straight games. Though in that span both Milan Hejduk and Ryan Smyth have recorded short-handed tallies for the team. Those two short-handed markers increases the teams total to four this season.

Both of those (power play and penalty kill) are huge aspects for any winning team. Right now, one of them is going and one isn’t,” said center T.J. Hensick. “We need to get them both going at the same time, especially the penalty kill. I think that’s the bigger of the two. If we can frustrate their top players and shut them down it’s only going to help us.

What's at stake for the Avs?  The Avs currently sit 14th in the West, last in the NW division, and 6pts out of the playoffs.  With teams like Dallas, Los Angeles, and Nashville starting to get hot, the Avs need to find a way to win, period. There is no more room for error.

"We have to have some urgency and a little bit of desperation in our game," said forward Sham Wow. "We played pretty well in spurts the last couple of games, but we need to put a whole game together to get the two points."

Then again, there are fans who are starting to think the Avs are better off tanking the rest of the season with the hope that they'll win the Tavares Lottery. With the lack of moves by the management this season, maybe the front office is already in that mindset?

Just in case that is not the path the team is on, here's another reminder of proper usage of an extinguisher: