I Also Think Granato Should Go

Share All sharing options for: I Also Think Granato Should Go 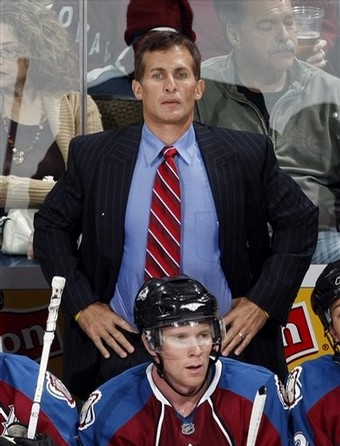 If you go back and look at my volumonous ramblings on the Avalanche this year, you might notice that while I have criticized Tony Granto, I've stopped short of calling for his job. That's partly because I think it's really hard for anyone on the outside to evaluate a coach. Plus, I think the firing of a coach to fix a team is a crutch that too many people are far too quick to use. But I've been thinking a lot about this beloved team of mine lately, and I've come to one conclusion:

I don't know about Xs and Os. I've never heard one of his pep talks. I've never observed his delegation techniques. Maybe this team really is junk, and would be even worse without Granato's skillful coaxing. Maybe.

Whatever the process going on behind the curtain, the end result has been dreadful. For the most part, this is the same team that went to the 2nd round of the playoffs last year - 20 guys on the roster right now were on the roster exactly one year ago. But this team isn't going to the playoffs; it's "fighting" for a lottery pick. The team is scoring less goals while allowing more goals than last year. The powerplay has improved, but just slightly. There really isn't any measure - statistical or otherwise - where this team is better than last year's model.

Perhaps this season is just a fluke, but there sure seems to be a pattern developing. In 2002, Granato took over the team midway through year after the quick-trigger firing of Bob Hartley. He led the team to a 32-11-4-4 record during the final 51 games, even managing to coax the team into first place in the NW on the final day of the season. That's the last division win for the Avalanche, and, to date, is the high point of Granato's coaching career. He didn't stay in the stratosphere long - the Avalanche suffered a humiliating upset in the first round of the playoffs, blowing a 3-1 lead to the Minnesota Wild.

The following season was the Selanne / Kariya year. Instead of cruising through the year, the star-studded Avalanche struggled and ultimately were ousted by the Sharks in the 2nd round. Yes, there were injury issues (Kariya was lost for the year, and Selanne wasn't himself), but there's little question that this team performed below expectations.

Fair or not, "performed below expectations" is the one unifying thread among the three clubs that he's coached. Whatever the mitigating factors, the end results have been the same - a team that didn't play as well, or as consistently, as it should have.  And that, my friends, is why I'm finally throwing my hat into the fire Granato ring. I feel bad about it, but I want my favorite team to succeed more than I want to see Tony Granato succeed. The latter isn't going to happen - not in Colorado - so let's cut bait now and start working on the former.