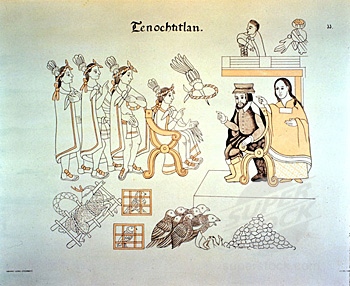 In San Jose this past weekend, a watershed event in the history of the Colorado Avalanche took place.  It didn't take place on the ice and it didn't really have anything to do with anyone on the team.  No, it was more important than that.  A beat reporter who works for an actual newspaper sat down and had a drink with a part-time, independent blogger.  One of them met one of us.  Holy crap.

The esteemed Jibblescribbits, he with the eponymous Avalanche blog, met with Denver Post writer Adrian Dater while the latter was in California for the Avs' disappointing but completely expected loss to the Sharks on Sunday.  Like myself, David, Jori and all the other Avalanche bloggers, Jibbles has been interacting with (see also: relying on) Dater's writing at the Post for some time now.  Years even.  Without Dater's hard work, most of us would have a lot less to work with, since he's the most reliable, most prolific source of "inside" information about the team.

You can read both their takes on the meeting here and here.  Must-read stuff, especially for all the DD-C/Mile High Hockey love being poured out by Dater and the yokels in the comment thread to his post.

But the meeting wasn't significant because of who Dater and Jibbles are as people.  Neither could be considered a celebrity (sorry guys).  Their meeting was important because of what they represent.  On one side, the Old Guard of print journalism, the trained, credentialed reporter, tasked by his newspaper to penetrate the team's circle of trust and report the in-depth, personal stories of the players, the coaches, and the management to the readers at home.  On the other side, the precocious and independent "youth" of blogging, tasked by himself to give an expletive-soaked voice to the silent fan, the main source of income and lifeblood of any sports team and not bound by any formal tradition or stuffy set of norms.

Why is this important?  Because one side is on a slow and steady downward spiral, hampered by an archaic business model and out-paced by technological innovation, while the other side is still enjoying a meteoric rise in reach and influence, unbound by the ways of the past or the strict rules of engagement once followed by respected journalists.  When I read both their takes, I immediately thought of Cortes meeting with Montezuma upon his landing in Mexico, just before the Aztecs all got smallpox and died and the Spanish went on to conquer much of the Western Hemisphere.  Guess who is Cortes and who is Montezuma in this little analogy.

It seems kind of silly to make such a big deal out of two dudes knocking back drinks at a bar in southern northern California, talking about hockey and newspapers.  Who cares, right?  I mean, really, why shouldn't Mr. Big Shot Reporter and Mr. Asshole Blogger be able to hang and chat like normal people with similar interests?  This shouldn't even be worth writing about at all.

And yet, it is worth writing about.  Not just by me, or David, or the wise-asses in the MHH comment threads, but by Jibbles and Dater themselves.  Both took the time to write lengthy pieces on their meeting, discussing in detail what they talked about and their impressions of the other party.  Why?  Because both guys understand their roles in a quickly-changing "media landscape" (I hate that, sorry) and the major impact the fake world of blogs and the Internet have had on the real world of newspapers and sports reporting.

The decline of newspapers is real.  Maybe it's all Craigslist's fault like Dater thinks, or maybe it's because the hard-copy print format is just too slow and the Internet model isn't yet refined enough to make real money.  Or maybe it's because fans want to read their own asinine commentary instead of some snob with a lanyard, a laptop and a journalism degree parroting the team's official talking points.  Or maybe newspapers just don't have enough boobs.  That's my vote.

Whatever the reason, newspapers as we have always known them might very soon be a fond (or not-so-fond) memory.  And blogs are here to stay, at least until some new, better boob-sharing platform comes along.  I don't want to say that the casual meeting between Jibbles and Dater represented some kind of mystical passing of the torch or something, but it kind of feels that way.  Kind of.