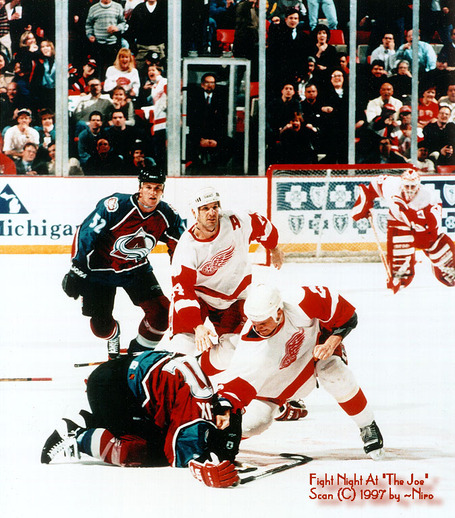 March 26, 1997 - In Claude Lemieux's first game back in Detroit since his vicious hit from behind on Kris Draper, Darren McCarty decides that the best way to punish douchebaggery is with more douchebaggery. After Igor Larionov and Peter Forsberg get into a scrap along the boards, McCarty sucker punches Lemieux. Lemieux famously turtles. Roy skates in to defend Lemiux. Roy and Shanahan collide. Roy and Vernon fight. It's that simple. Or something.

Re-live some of the excitement here