It's Been A While

Share All sharing options for: It's Been A While 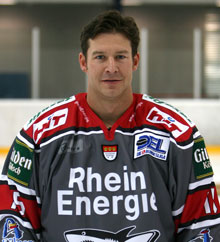 Way back in 1992, when groups like Boyz II Men, Sir Mix-A-Lot and Kriss Kross were topping the charts, the Quebec Nordiques drafted defensemen Todd Warriner (above) with the 4th overall pick in the NHL Entry Draft. It was the last in a string of lottery picks (preceded by Sundin, Nolan and Lindros) for the Nordiques. It's also the last time the Nords / Avalanche have had a top 5 pick in the draft.

Obviously, that's a result of having all those good Avalanche teams, but it's a long time to go without having a pick for fans to get downright excited about. It got me thinking about how long other franchises have gone without a top 5 pick:

Only New Jersey, Detroit and Calgary have had a longer drought of lottery picks (I'm still amazed at that Calgary stat). It's also interesting that 4 of the 5 NW teams have not had a top 5 pick in 10 years.

Also, here's the number of top 5 picks each team has had since (and including) the 1992 draft. There should be 85 total picks but my numbers only add up to 84, so one team is a player short.

Certainly the high draft picks have paid off for Pittsburgh, but not so much for other teams. Four of the nine "frequent flyers" are going to be padding their totals once again this summer (Brian Burke notwithstanding) and a lot of the long-standing contenders have done so with few top-flight picks. All the more reason to stop rewarding teams for losing, if you ask me.