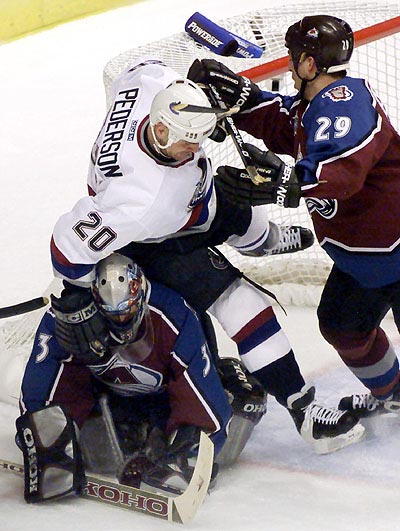 "That was quite an explosion," said Avalanche forward Chris Drury, who opened the scoring on a second period power play and added two assists. "We've got some pretty talented guys out there and at any minute we can explode like we did tonight."

Meanwhile, the 2nd-ranked Detroit Red Wings were in the process of blowing a 2-0 series lead to the Kings, setting up a Colorado - Los Angeles Semi-Final.