This is the final grade for Francois Giguere. It only covers the period from after the end of the playoffs in 2008 to the end of this season. 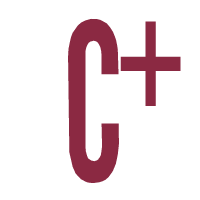 Francois Giguere joined the Avalanche as GM in May of 2006, having previously served as the Dallas Stars' Assistant GM. Giguere had been with the Avalanche (and Nordiques) previously in several different capacities including Assistant GM and Vice President of Hockey Operations/

In early May, Giguere allowed coach Joel Quenneville to walk away from the club after his contract had ended.

Unfortunately, a few weeks later, without interviewing any of the candidates available on the open market, Giguere announced that he was handing the job back to assistant coach Tony Granato. That's the bad news. While I still suspect the Granato-succeeding-Quenneville deal was put in place back when Granato stepped down, the fact remains that officially the hiring of Granato was Giguere's call. It was a terrible choice and, in my opinion, the single biggest mistake of Giguere's tenure.

Although I am still not a fan of the Boychuk deal (especially considering the fact that Hendricks did not seem to fit in the team's NHL plans), the other deals are all solid. Obtaining a 2nd round pick for Richardson is a steal and a 2nd rounder plus some scrubs for Leopold would seem to be about market value (Brad Stuart was dealt at the previous deadline for a 2nd and 4th).

Still, the bigger issue may be the trades that Giguere did not make. Giguere was unable (or unwilling) to trade some of our over-priced assets like Brett Clark or Darcy Tucker. He also may have been hampered by no-trade clauses in the contracts of Smyth, Hannan, Hejduk, Liles and Foote and he has only himself to blame for that; 4 of those 5 contracts were done under his reign.

Contracts: (again, thanks to AvalancheDB)

Giguere's biggest moves came just days before the start of free agency when he managed to lock up both John-Michael Liles and Adam Foote to relatively cap-friendly deals ($4.2m and $3m respectively). It had been thought that he would only be able to retain one (likely Foote) and being able to retain Liles was a significant coup. Unfortunately, the signings all but guaranteed the departure of Kurt Sauer and Jeff Finger, both of whom left for better playing time (and, in the case of Finger, a LOT of money).

Free agency, however, was a disappointment. Giguere opted to let Andrew Brunette walk away to Minnesota. While that may have been a fiscally responsible move, the signing of Darcy Tucker at $2.25M for two years was anything but. Tucker was coming off a disappointing season in Toronto (he was available because the Leafs bought out his contract), did not match the "uptempo" style that Giguere stated he was looking for. Tucker bombed in Denver and is still locked up for another year.

One non-move that worked out - rejecting Jose Theodore's exorbitant demands. While the Avalanche struggled between the pipes this year, Theodore was no better than Peter Budaj despite the $3.8 million difference in salaries.

Giguere also made some good sub-million depth-signings - Andrew Raycroft, Daniel Tjarnqvist, Brian Willsie as well as bringing in depth for Lake Erie (Aaron MacKenzie, Chris Durno, etc). For the 2nd straight year, Giguere made a move to bring over an intriguing European player in Per Ledin. For the 2nd straight year, that didn't really pan out, but it definitely was worth the attempt.

Finally, Giguere locked up Paul Stastny to a 5-year, $6.6 million contract. While it's certainly not under market value, it's a fair price, isn't one of those ridiculous 12-year deals and, for a change, doesn't include a NTC. Lots of NHL GMs are setting their franchises up for some tough times down the road with extensions to franchise players. Thankfully, Giguere did not leave us with a similar parting gift.

The Avalanche had no 1st-round or 3rd round picks last summer due to the Foote & Salei deadline deals a few months before, leaving Cameron Gaunce and Peter Delmas as the only top-100 picks. Obviously, it's far too early to evaluate this draft, but, in general, Giguere has overseen solid drafts during his tenure.

This is an area where there was some minor head-scratching. Obviously, the Avalanche needed to recall a lot of players from Lake Erie to fill injury voids. However, with a lot of the recalls - especially those for a short duration - it seemed like the team was making a concerted effort to give everyone a turn instead of calling up the player who was most ready or best fit the Avs' needs. So, while just about every Monster defensemen seeemed to get a try, Per Ledin famously languished for almost the entire season in Lake Erie before finally getting a token call-up with 3 games left in the season. Neither Jason Bacashihua or Tyler Weiman earned a promotion despite excellent seasons from both.

Personally, I think Giguere had a better season than many people think. He made a few mistakes and may have been a little too tentative to shake up the roster, but it's hard to find fault with many of the moves he made outside of the Tucker signing and, of course, the hiring of Tony Granato. Giguere does lose marks for expressing a desire to play an uptempo game and then failing to add a single player capable of facilitating this play.

Last fall, I stated that I felt this team was capable of going deep in the playoffs. Whether it was bad coaching or the injuries or some other factor I'm missing, I still believe that statement was correct. It didn't work out as we'd hope, but this team is not as hopeless as it looked on the ice this season.

Giguere, of course, was fired just one day after the season ended. I felt the Avalanche needed to make a major shake-up with the front office and so the Giguere firing was not surprising, although it may have been a little unfair. What is surprising, though, is that Giguere, to date, is the only casualty. That is, in a word, fuckingridiculous.

While the Avalanche are not in stellar shape cap-wise this summer, they are not in as much of a bind as some people are claiming (and they are in MUCH better shape than when he inherited the team). If the Avs are hamstrung by anything, it's by the no-trade clauses Giguere has agreed to, but those are not insurmountable obstacles. The roster is going to need some work, but a wholesale gutting is not required.