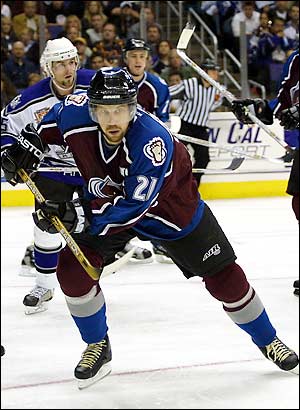 May 9, 2001 - A few hours after beating the Kings 5-1 to win their playoff series in seven games, the Avs were celebrating at a Denver restaurant when Peter Forsberg began complaining of stomach pain. Eventually, Forsberg was taken to a hospital and they removed his ruptured spleen early the following morning. The Avs would be without Forsberg's services for the remainder of their Cup run.