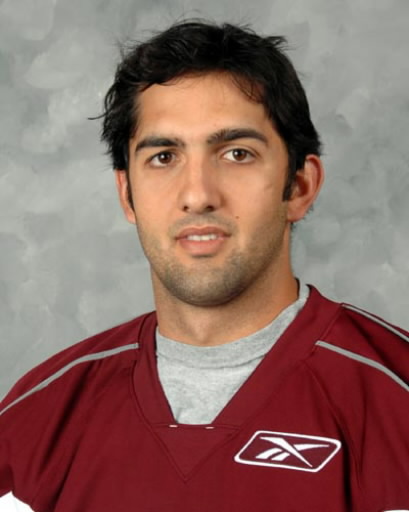 *Rank is based on total minutes, not average per game.

Report: Wes O'Neill, as far as I can tell, is strictly an AHL defensemen. He probably would not have been called up at all if the Lake Erie Monsters didn't hold a tenuous hold on some playoff dreams back in March. Sure enough, after 3 games in Denver, and with Lake Erie sinking farther, O'Neill was demoted in favor of what appeared to be a more polished Aaron MacKenzie.

Fun Fact: 23 of the 37 players who appeared in an Avalanche uniform last season have played all of their NHL games for that one franchise.

What I Said Last Year: N/A

Outlook for 2009: Check out that cap number! $815,000 - more than Cumiskey, more than Vernace, more than Tjarnqvist even. Of course, the expectation is that O'Neill will spend the bulk of his time in Cleveland, so that cap number isn't really very important (it reflects a bonus O'Neill was given when he signed).

Next Up: Ryan Smyth