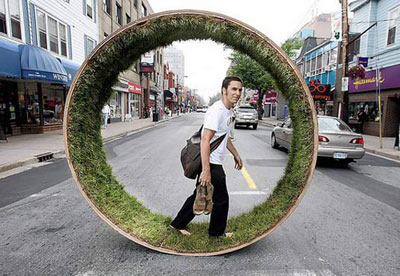 The Avalanche Magical Summer of Misery churns on and on. We have our brand new coach and our brand new GM and our brand new front office structure. Yay! Mile High Hockey has managed to stretch out the Avs' final grades from April 27th all the way through to today. Now that that's all out of the way, what's in store for you readers out there on the other side of the World Wide Wolski?

First up: the NHL Entry Draft, next Friday and Saturday in Montreal. This year marks a bit of an interesting change in coverage of the draft, as several SBN writers are getting credentials to cover the draft. This comes at a time when more and more local papers are keeping their writers at home (or are folding altogether). Thankfully, the Denver Post is not one of those papers, and Adrian Dater is scheduled to attend. I will not be there, but I will be watching. I know that Angelique has some draft stuff planned and Mike will be setting up live threads for both Friday and Saturday night. And, of course, the SB Nation writers who do attend will be reporting as well - the SBN Draft Page is probably a good place to keep an eye on the festivities.

After the draft, we'll barely have enough time to race through our Matt Duchene Appreciation Threads before free agency hits - July 1st (ps, we're currently in the NHL buyout period...hint, hint). Again, we will have a live thread going for at least the first day of free agency - perhaps longer if it's warranted. Last year's free agency thread remains the most commented post here at MHH, but regular traffic here at the site has more than tripled since then, so I expect both the draft thread and the free agency thread to be epic.

And then? Well, stuff will likely die down here for the two month slow period between free agency and the start of training camps. We'll definitely be covering all things Avalanche (wait, is that us?), but generally there ain't a lot happening from mid-July through late-August. Before you know it, we'll be back in full swing, complaining about our beloved Avalanche team once more. It's like a never-ending cycle, isn't it?