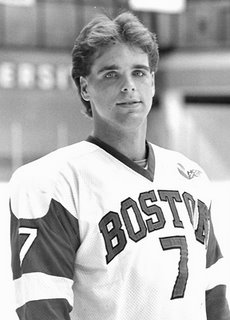 The Lake Erie Monsters have a new head coach, and I have to admit it's a rather interesting choice. Replacing Joe Sacco will be former BU Terrier David Quinn. Quinn has been an associate coach with the Terriers for the last few years, including this past NCAA championship seasons. This means, of course, he has a great deal of familiarity with Avalanche prospects Kevin Shattenkirk, Colby Cohen and Brandon Yip.