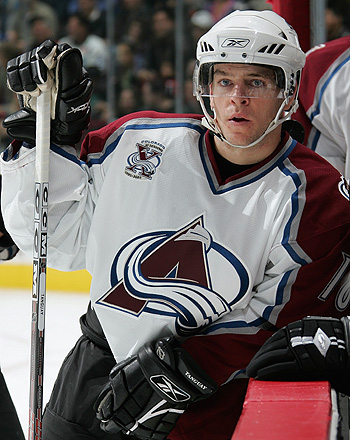 June 24, 2006 - In his first major move as GM, Francois Giguere makes a big draft day trade sending Alex Tanguay to the Flames for Jordan Leopold and a pair of 2nd round picks (Codey Burki in 2006 and Trevor Cann in 2007). The Avalanche had already lost Rob Blake, Adam Foote and Peter Forsberg to free agency, but, to me, this was the deal that signified an end of an era in Denver. I've never quite recovered from this trade.