How Did The Colorado Avalanche Do At The Draft?

Share All sharing options for: How Did The Colorado Avalanche Do At The Draft?

I believe Angelique is working on a review of the Avalanche draft, which is good because she clearly knows what she's talking about and I don't. Before this weekend, I'd heard of exactly one player that the Avalanche had drafted (if I have to tell you who that player is, you might be a Red Wing fan). Even though I am clearly out of my element, though, I'd still like to babble about a bunch of kids that are half my age. *Sigh* 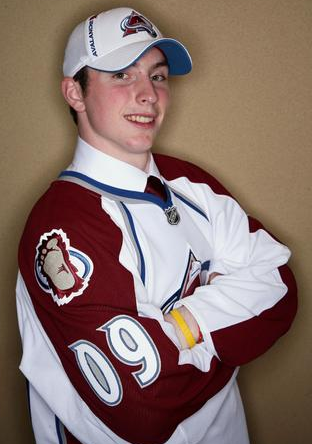 What is there not to like about him? He grew up an Avalanche fan, doodling Avalanche logos on his notebooks. He wears #9 because of Rocket Richard, he idolized Patrick Roy and Joe Sakic growing up and he seems to know just about everything there is to know about every NHLers hockey stick (setting up a future career in case the playing thing doesn't pan out). Heck, he even referred to the Islanders GM as "Mr Snow" in a post-draft interview. And his off-ice persona is a distant second to what seems to be a dazzling amount of hockey talent. I guess what I'm saying is...how is Matt Duchene going to break our heart? Is he going to hold out and demand a trade? Blow out his knee when he's introduced in Denver on Tuesday? Is he wanted in 16 states for a brutal crime spree? Seriously, it's easier to break it to us now, Matt. Lay it on us - we can handle it; we've seen Darcy Tucker play. 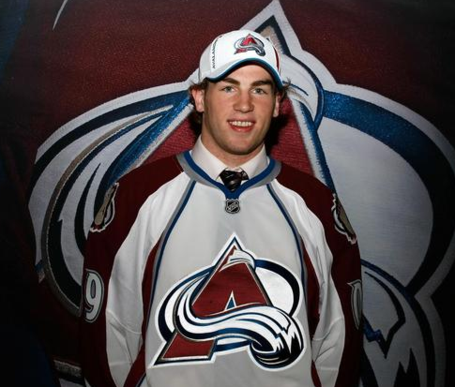 While we don't have a nickname for Duchene yet, it is already clear that Ryan O'Reilly will be forever known to me as "Radar", a name all the more fitting for his projected role as a defensive-minded center. For the 95% of you who are too young to know who Radar O'Reilly is: go ask your parents. And, I hate you. 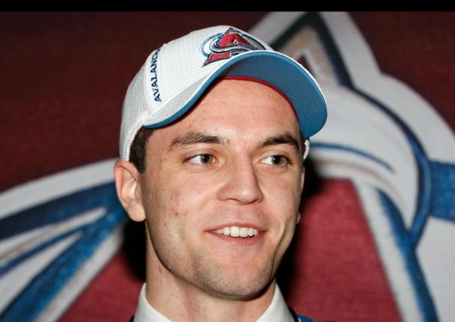 While the Avalanche already have a sizeable number of prospects on defense, it would be a mistake to ignore opportunities to add assets. The Avs are clearly hoping that Elliott is a future powerplay quarterback:

"He’s an offensive defenseman who can skate, process the game and make plays," said Pracey. "He’s very capable of running a power at the junior level, and we think he can translate those skills to the next level."

He joins Kevin Shattenkirk, Colby Cohen, Cameron Gaunce and Nigel Williams in the stable of Avalanche prospects on the blueline. So does the next guy... 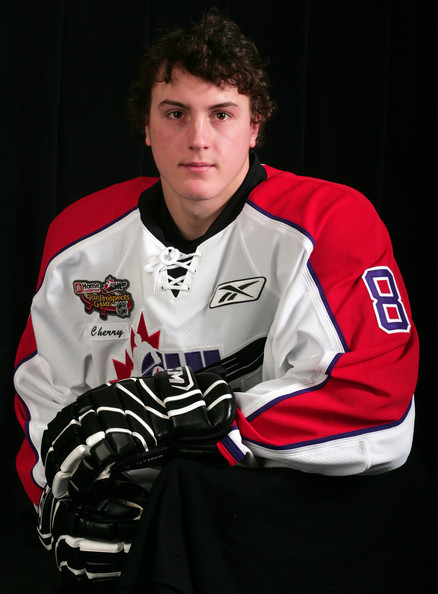 The Avalanche have made no secret that they've focused on "skill" when drafting defensemen over the last few years. In my head, I translate that as meaning "small", but that's really not the case. Shattenkirk, at 5'11 / 193 is the smallest of the bunch, and the only one under 6'. Or was, I should say. He's joined by Tyson Barrie who's dad, Len, is an ex-NHLer and one of the crazies who own the Tampa Bay Lightning. Without even looking, I can tell that Barrie is a defenseman with skill who projects to be a solid puck-mover. Okay, I actually did check to make sure that was correct, but I really didn't need to. 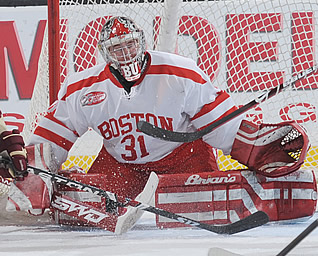 The Avalanche continue to stock up on BU players; Millan joins Shattenkirk, Cohen and Brandon Yip as former Terriers who may someday play for former BU coach David Quinn either in Lake Erie or when he replaces Joe Sacco in Colorado. Or both.

I talked to the writer behind Western College Hockey and he provided me with the following scouting report on Millan (and a huge thank you for that!):

Prior to last season, Boston University had a team that was really talented, but struggled because of poor goaltending. Kieran Millan came in last season, won the starting goaltending job as a freshman, and really made a huge difference for BU's team. Millan compiled a 29-2-3 record, including an undefeated record away from home, in leading the Terriers to the national championship. After going undrafted his first two years in the Alberta Junior Hockey League, his performance in college hockey showed that he was worthy of an NHL draft pick.

As a player, Millan has very strong legs which allow him to move very well in the net. He also has excellent positioning. He could improve his rebound control. Millan probably doesn't have the "upside" that some of the other goalies selected before him do and isn't likely to become a number one starter at the NHL level, but he'll get up to three more years at BU to develop and could be a nice asset to the Avalanche farm system.

He also recommended the following audio link where Millan's goaltending coach Mike Gregosian is interviewed (and where I discovered that Millan is pronounced like Milan Hejduk and not, as I assumed, like "Millen"). It sounds like Millan is more of a technique guy than a talent guy, which immediately makes me think of Peter Budaj. The statement that he isn't likely to become a number one starter means he'll be right at home in our system. 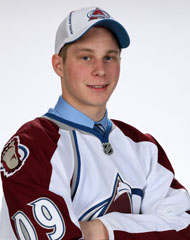 Hey, look! Another goalie! Interesting pedigree on Maxwell - 8th ranked North American goalie and whatnot - but, geez, it sure would be nice to see one of these guys develop with the Avs. 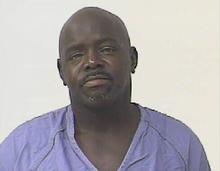 I'm not sure this is the same Gus Young that the Avalanche drafted, but, seriously, how could I not use his quote in this story:

At the jail, Young continued yelling about "how unfair the price of crack had become" and told detention deputies, "Stanky (expletives)! I brought me a ten and they're twenty tonight!"

In the end, I liked what Richard Pracey, Greg Sherman and the rest of Avalanche did in this draft. Obviously, the Duchene pick would have been difficult to screw up (not that we weren't fearful of that happening), but it still looks like the Avalanche have taken one future star and at least one or two future roster players on top of that. It may not be a grand slam, but it certainly wasn't stanky expletives.