Share All sharing options for: 2009-10 Colorado Avalanche: What To Expect 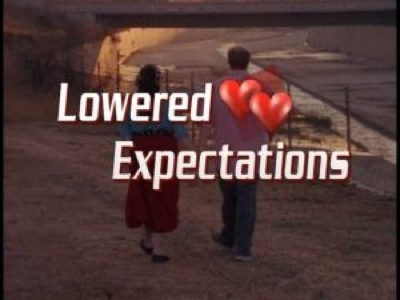 Let me admit something to everybody right now.  I expect the Colorado Avalanche to lose every single game of the 2009-10 season.  No exaggeration.  I will watch every game of the season with the assumption that the Avs will, after the final horn has sounded, leave as the losing team. Every game.

For an example why I feel this way, look at the current roster again.

If you were to gauge the talent of the team simply by their experience playing in the NHL, that would be a pretty good sign that things are going to be really, really rough in Denver for a while.  The average number of career games played in each forward position is as follows:

Generally speaking, the average experience of each forward position on the Colorado Avalanche is three seasons or less.  Take out a key vet here and there (Hejduk, Tucker, Willsie) and the averages drop to less than two seasons per position.  Talented or not, not many NHL players excel immediately at the sport's highest level.  It takes time to develop, sometimes into the mid- and late-20s.  The Colorado Avalanche are a bunch of little kids up front, and only one of their vets is a truly talented player (Hejduk).

The defense is older and more seasoned, and the goaltending may have improved with the addition of Craig Anderson's flashes of talent to Peter Budaj's sound fundamentals, but the Colorado Avalanche are a young, green team with a whole lot of potential but no track record.

So, I expect them to lose.  A lot.  Pretty much non-stop.

Which is fine to me, because that means every time they win a game, I'll be pleasantly surprised.  Every single game they'll be the underdogs.  If they manage to win, it will be because something really great happened and they overcame the tough odds stacked against them.  A win will mean a young, developing player showed flashes of brilliance.  Maybe even multiple flashes (not flashers, ice girl fans).  It will mean a goalie stood on his head.  It will mean the defense pulled it together and shut down a superior offense using grit and determination alone.

When you expect the worst---justifiably---it means the best is always a nice surprise.

Last season we expected pretty good but got absolutely horrible.  This season, if we expect absolutely horrible, even mediocre will seem like a satisfying surprise.  It's sad, I guess, but these are the dark days in which we live.  Nobody said rebuilding was fun, and I'm not going to say that either.  But I will keep rooting for my horrible favorite team to win, and bask in the glory the 15 to 20 times they manage to pull it off in 2009-10.  Go Avs!