*This is the first in a four part look back at the players whose numbers were retired by the Quebec Nordiques. Many of these players, along with their legacies, have been mostly forgotten or never known by Avalanche fans. Hopefully that will change, if even just a little.
J.C. Tremblay 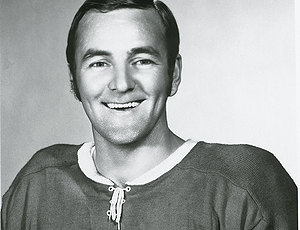 When you think of the great Montreal Canadiens teams of the 60’s and early 70’s and the all-star teams the threw out on the ice on a nightly basis, chances are Jean-Claude Tremblay isn’t the first name to come to mind. In fact, his probably isn’t one most people think of at all. Yet Tremblay was one of the most consistent and counted on defenseman of those great teams as well as early Nordiques teams and unfortunately one that has been almost completely forgotten by most hockey fans.

This is due in large part to his numerous Canadiens teammates that have since gone on to hockey immortality at the Hockey Hall of Fame, as well as his switch to the fledgling WHA during the prime of his career. Make no mistake though, Tremblay was one of the best defensemen of his day and one whose case could easily be made for enshrinement in Toronto.

Tremblay was a superb skater with speed, puck handling abilities and vision making him a constant offensive threat. He was known for being able to make tape to tape passes to teammates through numerous defenders while at full speed on the rush.

Unlike most other defensemen of the era, Tremblay rarely relied on physical play to disrupt opposing forwards. Instead, he used his finesse and stick handling abilities, which were honed during his forward days back in junior to strip the puck, along with his agility and elusiveness to carry it out of the zone and on to the counterattack.

A specialist on the penalty kill, Tremblay could kill entire penalties on his own weaving in and out of opposing players as they futilely chased him around the ice. He also quarterbacked the NHL’s most potent power play and in 1971 broke Steve Harvey’s Canadiens record for points scored by a defenseman with 63.

Tremblay left a mark on both teams during his 21 year career. With the Canadiens he was a stalwart on the blue line for some of the franchises greatest teams. With the Nordiques, a star and leader during the team’s early years helping to provide a solid platform from which to build. He was one of the first true stars of the WHA. 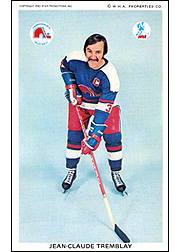 Born in Bagotville, Quebec on January 22, 1939, Tremblay caught the attention of Canadiens scouts by scoring 71 goals as a 17 year old left winger during the 1956-57 campaign. He spent parts of five seasons with the Hull-Ottawa Canadiens, who were coached by a young Scotty Bowman, helping the team win the Memorial Cup in 1958. It was during this time that Tremblay converted from left wing to defense, in part due to the lack of blue line depth, and excelled at the position eventually winning the Most Valuable Player award in 1960.

The 1961-62 season saw Tremblay make the opening night roster for the Montreal Canadiens after playing portions of the previous two years with the big club. He would then have to wait all of three seasons before the team hoisted their 13th Stanley Cup and first in five seasons. Tremblay would go on to win four more championships with the Habs, eventually leaving the team after the 1971-72 season for a move to the upstart WHA.

The move was exactly the kind of high profile move that the WHA needed in order to sell itself as viable competition for the National Hockey League. He was selected by the San Francisco Sharks in the General Player Draft, but a total collapse in the Sharks funding saw the team sold to a Quebec City based group led by Paul Racine and, a name we should all be fairly familiar with - Marcel Abut. The team was renamed the Nordiques and the rest is history.

Tremblay’s first season with the Nords saw him lead the team with 89 points and lead the league with 75 assists. Due to the generally lower standard of play the WHA provided, star NHL players usually saw their numbers jump considerably from their NHL levels. Here is a look at Tremblay’s career NHL and WHA numbers:

These career splits may be the main culprit that has kept Tremblay out of the hall all of these years. The WHA was littered with career minor leaguers and college players that would never have made it in the NHL long term and bonafied stars could easily exploit these weaknesses.

The Nordiques did well in the WHA with Tremblay anchoring the defense and offseason acquisitions of top players of the time such as Serge Bernier, Marc Tardif, Rejean Houle, and Christian Bordeleau along with the emergence of young players like Real Cloutier and Alain Côté.

The writing was on the wall, however, for the WHA in 1979 and what was left of the league eventually merged with the NHL. Tremblay, now age 40, decided it was time to hang ‘em up.

His number was retired just before the Nordiques made the switch to the NHL, giving him the distinction of being just one of three players to have their number retired by an NHL team without ever actually playing for it (the other two being Johnny McKenzie by the Hartford Whalers and Frank Finnigan by the modern-day Ottawa Senators).

J.C. Tremblay was the face of the Nordiques as they broke into existence in the World Hockey Association. He was with the team for their entire seven year run in the league before bowing out into retirement, all while playing at a very high level.

His move to the Nordiques from the Canadiens may have been the determining factor that kept him out of the Hall, but he did enjoy great success while in the WHA and may have been one of the franchises most important players. 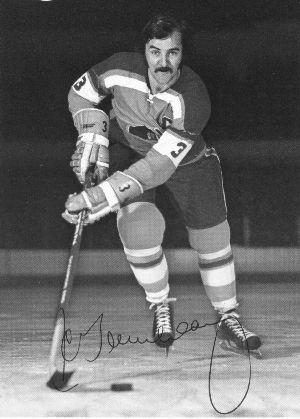