The Avalanche entered the draft in in need of a fresh face.  They found that new face (Matt Duchene pictured), along with (hopefully) a new direction with their seven draft picks.

After some speculation that the New York Islanders would select him with the top overall pick, Matt Duchene fell to the Avalanche at three as many had expected. The Avalanche continued their tradition of selecting North American talent. They opted not to use a late selection on a European player, as they had done so previously in the last two drafts.

After ignoring the WHL last year, the Avs selected two defensemen from the league, but did not select any players from the QMJHL. The Avs also kept their college tradition alive, selecting one active college player and one future collegian. Many expected the Avs to select a goaltender as early as pick 33. Yet, the Avalanche did not select one until the fifth round.

The goalies selected are more long term prospects and it will be important for the Avs that one of these selections or one of their recent draftees pans out. Replacing a legend isn’t easy, but the Avs have yet to find a serviceable and steady goaltender since the retirement of Patrick Roy.

He cheered as loudly as any Avalanche fan as Alex Tanguay scored the opening goal of Game 7 of the 2001 Stanley Cup Finals. Eight years later, Matt Duchene found himself drafted by the club he rooted for as a youth.

"So this is unbelievable. I have so many memories of growing up and this is part of who I am, cheering for the Avs and wearing their colors and their logo. It's hard to believe that it's going to be like this for a while." – Matt Duchene, NHL.com

Blessed with blazing speed, Duchene is a brilliant puck handler with good vision and hockey sense. He’s described as having a quick and accurate shot, one he probably doesn’t use enough. He’s also an apt penalty killer and he’s clutch. Duchene led the OHL with six game winning goals during the regular season. However, it was his performance in the OHL playoffs (26 points, sixth highest) which began his ascension up NHL draft boards.

It was the proclamation of Kyle Woodlief (Red Line Report), in April, that John Tavares perhaps was not the consensus number one pick. Not only had Swedish defenseman Victor Hedman leap frogged Tavares in the eyes of the Red Line Report, but also Duchene. Despite the controversy and the Islanders shroud of mystery, the beginning of the draft board fell as planned.

Now with Duchene in the fold comes high expectations. Many will expect him to be suiting up for the Avs for the entire 2009-10 season. Yet, it is very likely he will return to his junior team (Brampton Battalion), where he will have the chance to lead his squad and represent Canada in the 2010 World Junior Championships.

An additional year in juniors will grant him the opportunity of consistent ice time, which may be in question if he spends the year in Denver. Yet, one cannot deny he has the skills and physique to take on the NHL game now. It’s an interesting dilemma for a team that is in the middle of a rebuild.

Ryan O’Reilly patiently waited for his name to be called on Friday night at the draft in Montreal. It wouldn’t be out of the realm of possibility for him to proudly take the stage at the Bell Centre, shake the commissioner’s hand and receive the jersey of his future employer. Despite the disappointment, O’Reilly didn’t have to wait long to hear his name on Saturday morning.

He's a special player,"said Otters General Manager and Managing Partner Sherry Bassin. "He's nowhere near the level he's going to be. He really accepts the challenge of getting better. He really believes in the team winning, not himself. I haven't had a kid that's so focused on preparation and just working on getting better. He's got such a work ethic you almost have to pull him away. We always talk about the will to prepare -- well, he's got a phenomenal will to prepare." – OttersHockey.com

The Avs may have passed on players with more offensive upside, but O’Reilly is a high character player with a strong work ethic. Skating is something that will need to be improved if he wishes to succeed at the next level, but one cannot question his leadership. While he’s a slick offensive player, where O’Reilly will certainly help the Avs is in the faceoff circle. Colorado has lacked a strong faceoff man since Andrei Nikolishin.

Fans will have a chance to see O’Reilly at the upcoming development camp and at rookie and training camps in September. He’ll likely return to his Erie Otters and try to earn a spot on Canada’s World Junior team. The Canadian World Junior summer camp will take place in August in Saskatoon, SK. With improved skating, fans may not have to wait too long to see him suit up with the Avalanche on a regular basis.

Much like his fellow draftee Ryan O’Reilly, Stefan Elliott had to wait longer than expected for his name to be called during the draft weekend. The Vancouver, BC native, who has drawn comparisons to Washington’s Mike Green, isn’t necessarily spectacular in any particular area. Yet, he handles the puck well and is a solid outlet passer.

It's definitely nerve-wracking and your stomach's turning a little bit, your heart rate's going up. But you have to take it as it comes," Elliott told the Saskatoon StarPhoenix after the draft. "Now that a team's drafted me, I'm happy and excited about it all." – North Shore News

He’ll need to get stronger, especially in his upper body. Defensively he’s solid. He can be physical around the net and has an active stick. A fast start will be needed in order for him to catch the eye of the Canadian World Junior team coaches.

Some expected Tyson Barrie to be drafted by the Tampa Bay Lightning. Barrie’s father, Len, is a co-owner of the Tampa NHL franchise. However, the young man preferred not to be selected by the Lightning; wanting to pursue his own path. So, he was probably better off being drafted by a team such as the Avalanche. The team is currently in a rebuild and spots on the blue line are expected to open up in the next near or so; ample opportunity for someone like Barrie to display his offensive skills and get noticed.

"I'm always going to be an offensive defencemen, I think, that's just the way I have always played," he says. "I am going to be more offensive than defensive . . . but I have been working on being a little more patient back there and picking my spots. I'd like to be known as a guy who can be relied upon in his own zone as well." – The Vancouver Sun

Barrie is considered to be a bit undersized for a defenseman, and has had comparisons to Kris Russell and Brian Rafalski. As an offensive defenseman, he will be a nice addition on the power play and in some even strength situations. Yet, improvement in his positioning defensively and timing will take further development. Barrie will most likely spend another season with the Kelowna Rockets as his game continues to grow.

Some may wonder if the Avalanche are turning into Boston University West. Prior to the draft, the Avs had three prospects (Kevin Shattenkirk, Colby Cohen and Brandon Yip) on the 2009 NCAA champion Terriers. In addition, Colorado’s new head coach, Joe Sacco, is a BU alum. The Avalanche also recently named David Quinn as the head coach of their minor league affiliate in Cleveland. Quinn was formerly an assistant with the Boston University hockey program. So it would come as no surprise that the Avs would draft a Terrier, and for a team seeking goaltending, why not the goalie of a championship team?

"I talked to them quite a bit, so I kind of knew they were kind of interested in me. I talked to Neil Shea a lot," said Millan, referring to the former Boston College forward, now a top Colorado scout. "I flew back home (Saturday) morning and I was at home when my name was called. I was happy. It’s something every kid wants to do since you’re a little boy. You want to someday be playing in the NHL. (Round 5) was a little late but at the same time it’s not a big deal. Whoever plays well at the next level gets the opportunity." – Boston Herald

Millan’s somewhat shaky post season performance may have hurt him in the draft rankings as did the perception of playing behind a stacked team. The "Chris Osgood" effect has followed the Edmonton, AB native throughout the season. However, he made the key saves when they were needed. Yet with several key departures, including Hobey Baker winner Matt Gilroy, Brian Strait, and Colin Wilson, Millan will certainly be tested next season. He’ll be a much bigger target now that he is a NCAA champion. 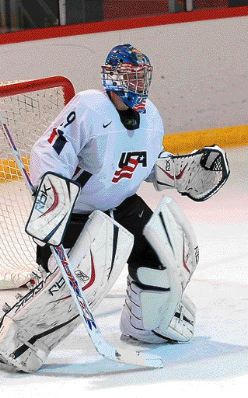 It’s been a whirlwind season for Brandon Maxwell. Once considered one of the better goalie prospects for the 2009 draft a year ago, his stock fell due to inconsistent play and rumors that he tried to force his way to the OHL. Maxwell at one time was committed to Boston College. Originally drafted by the Erie Otters, his rights were traded to the Windsor Spitfires and then eventually dealt to the Kitchener Rangers.

Maxwell was born in Florida, but grew up in Cambridge, ON. He would compete for the United States internationally and helped lead the Americans to a bronze medal in the 2008 U-18 Championships. Yet, things didn’t go well for Maxwell this season. He was demoted from the U-18 to the U-17 program due to an "internal matter."

"Maxwell is a pick we’re all excited about," said Pracey. "He was a sixth round pick, but we all had him valued higher than that. We really are attracted to his competitiveness and his skill level. He’s quick, he reads and reacts to the play and he’s a player we were very pleased was still available." – Rick Pracey, Director of Amateur Scouting for the Colorado Avalanche

Maxwell trained for a time under renowned goaltending consultant Francois Allaire. Despite a shaky 2008-09 season, Maxwell was invited to the US World Junior summer camp in August. He’ll need a strong start with the Kitchener Rangers in order to earn a spot on the US team. 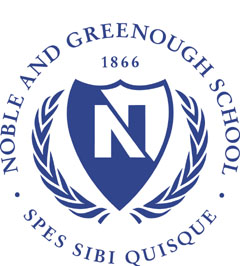 The Avs took a flyer on defenseman Gus Young with their final selection of the 2009 NHL Entry Draft. Young, who will remain with his prep school next season (USHL rights belong to Indiana) and attend Yale in 2010, is a skilled defender. He recorded five goals and 29 points in 29 games.

"His size was attractive to us," commented Pracey. "His development may be on a bit of a longer course." – Rick Pracey, Director of Amateur Scouting for the Colorado Avalanche