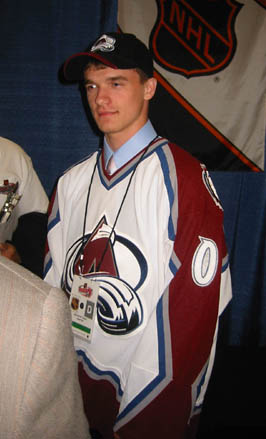 According to russianprospects.com, Denis Parshin has ended his dispute with CSKA Moscow at the 11th hour. He and teammate Sergei Shirokov had failed to get released from their current contracts and needed to sign by today to avoid a 1-year suspension. I don't know the ins and outs of the KHL, but Yankee Canuck has a pretty good explanation of the Shirokov saga over at Nucks Misconduct. Shirokov is a Canuck's prospect and it appears that he will indeed be coming to Vancouver. The story for Parshin is similar to that of Shirokov, except that it appears that the NHL is a viable option for Shirokov while the Avalanche intimated that they weren't all that jazzed about bringing Parshin to North America.