Avalanche By The Numbers: #2

Share All sharing options for: Avalanche By The Numbers: #2

Our series resumes with a look at...#2. As with before, I'm using AvalancheDB, hockeyreference, hockeydb and something called a google to guide me. The deuce has been worn by 3 Avs over the years and has appeared in 446 regular season games and 89 playoff games for a total of 535 games. In the same way that #1 is a number traditionally worn by goalies, #2 is a number generally worn by defensemen. Sure enough, all three who've worn it for Colorado are blueliners. 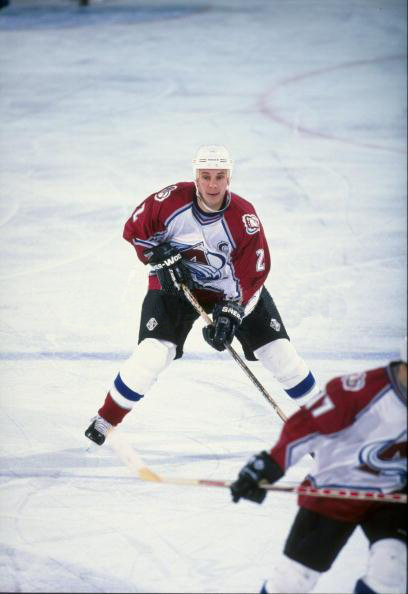 1995-1999: Sylvain Lefebvre. The player who wore #2 the most is new Assistant Coach Sylvain Lefebvre. He's also, as you can see above, the only other Avalanche to have worn the captain's C. Lefebvre made the move from Quebec with the franchise, bringing his #2 with him. He played for 4 years in Colorado, playing in 303 regular season games, 65 postseason games and winning 1 totally rad baptismal font. Lefebvre first wore #3 with the Canadiens (#2 is retired for Doug Harvey), but switched to #2 when he was traded to the Maple Leafs in 1992. He probably would have kept it for the rest of his career, but when he left Colorado for New York in 1999, some Brian Leetch guy was wearing it. He switched to #24. 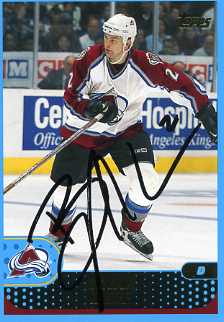 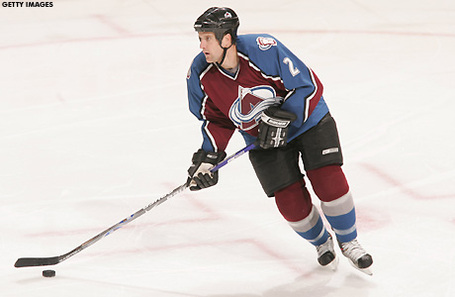 2006-2007: Ken Klee. Klee was only with the Avalanche for one solid season, amassing 81 games in an Avalanche pre-unipron jersey. Like Lefebvre, Klee seems to heavily favor #2 - he wore the deuce for years as a Washington Capital (seen here headed to hug another guy you might know). When Klee signed with in 2003, #2 was taken by Wade Belak so Klee had to do the doubling thing, going to #22. I wonder if he was a little miffed later that year when Belak gave up his number when the Leafs acquired Brian Leetch (that guy again!)? At the deadline in 2006, Klee was traded to the New Jersey Devils; #2 was in use (by either Dan McGillis, David Hale or Vladimir Malakhov...I can't tell who) and Klee was saddled with #8. Perhaps wearing such a different number was why Klee managed just 1 point in 24 games with the Devils (at least the 1 point came in the playoffs). After that, it's been all twos for KK - 2 for the Avs, 22 for the Thrashers (Garnet Exelby had #2) and then 2 with the Ducks and Coyotes.