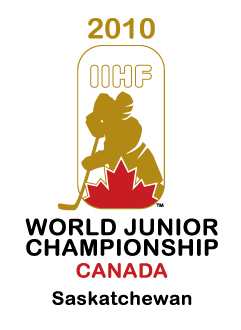 As the 2009 calendar rolls over to August, the thoughts among many hockey fans turn to September camps. Yet, with the Winter Olympics in Vancouver now only months away, fans are also looking forward to Olympic hockey.  For young hockey players, such as Matt Duchene (Brampton, OHL), the opportunity to represent one’s country is a huge honor.  However for Duchene, the opportunity to represent Canada won’t come in Vancouver, but in Saskatoon (and Regina), SK.

The 2010 U20 World Junior Championship begins on Boxing Day (December 26th) and features many of the best under 20-year-old players in the world.  Canada is the reigning champion and has won the tournament five years in a row.  Duchene, who was one of the last cuts from the 2009 Canadian U20 team, could find himself outside looking in yet again.  Should Duchene play for the Colorado Avalanche in the 2009-10 season, it would be unlikely the club would release him to Hockey Canada for the tournament.

Assuming Duchene plays for the Brampton Battalion, rather than the Avalanche, he’ll likely be centering the top line for the Canadians.  Yet, nothing is guaranteed.  Duchene will have to prove himself, like the other 44 players who will be attending the U20 Canadian evaluation camp in Saskatoon from Aug. 5-10 (in addition to the camp in December).  Along with Duchene, fellow 2009 draftee Ryan O’Reilly (Erie, OHL) will be attending the camp.  Cameron Gaunce (Mississauga, OHL) and Kesley Tessier (Quebec, QMJHL) will also be participating.  In fact, all four players will be on Team White for the two Red/White scrimmages during the six day camp.

Safe to say Duchene will be suiting up for the Canadians if he is available to play in the tournament.  The same cannot be said for O’Reilly, Gaunce and Tessier.  Of the three, Ryan O’Reilly may have the best opportunity of sneaking onto the squad.  He was captain of the Canadian 2009 U18 team that finished a disappointing fourth.  International experience is invaluable and OReilly’s solid two-way play may be too good to pass up for Hockey Canada in Saskatoon.

For Kelsey Tessier it will be an uphill battle.  He was able to secure an invite to the U20 evaluation camp despite a subpar 2008-09 season.  Yet, he’ll need to be a star at camp and have an excellent start to the season with the Quebec Remparts to have a chance.  Even with a good performance, it may come down to which experienced players will not be attending the tournament.  John Tavares will be playing with the New York Islanders next season and unlikely be released by the team.  Players such as Vancouver’s Cody Hodgson and Atlanta’s Evander Kane could also be in the NHL, opening up opportunities for other players.  Still, the likely-hood of Tessier playing in the U20 tournament is slim.

There is an opportunity for Cameron Gaunce, but he’ll need to open eyes with a great showing at the Saskatoon camp (and the December camp).  Canada may have 2-3 returning defenders from the 2009 gold medal winning squad, which means there are spots available.  Gaunce will be competing with talented first round picks such as Calvin de Haan (New York Islanders), Dylan Olsen (Chicago Blackhawks), and Jared Cowen (Ottawa Senators).  One thing to keep in mind, this camp isn’t the "be all end all" for naming the 2010 squad.  Hockey Canada will hold another camp in early December before naming its final roster.  For someone like Stefan Elliott, who was a member of the 2009 U18 Canadian team and who didn’t receive an invite to the evaluation camp, he still has a chance to impress the Canadian coaches if he plays well early for Saskatoon (WHL).

In Lake Placid, NY, USA Hockey will gather for their World Junior evaluation camp from Aug. 7-15.  Goaltender Brandon Maxwell (USNTDP), who will be playing for the Kitchener Rangers (OHL) this fall, is the lone Colorado Avalanche representative.  Maxwell, who had a somewhat inauspicious season with the US National Team Development Program (USNTDP) in 2008-09, will need to perform well in camp and with the Kitchener Rangers to land a roster spot.

Mike Lee (Fargo, USHL) is the likely starter for the Americans.  Lee, a third round pick by the Phoenix Coyotes in 2009, will attend St. Cloud State University this fall.  Maxwell will be fighting with Connor Knapp (Miami, CCHA) and 17-year-old sensation Jack Campbell (USNTDP), who is expected to be a high draft pick in 2010, for the backup spot.  Campbell’s young age may make USA Hockey take pause.

Maxwell could have an advantage over Knapp as he helped guide the Americans to a bronze medal in the 2008 IIHF U18 World Championship.  Some critics have grumbled that USA Hockey tends to lean toward players who have participated in the USNTDP, which would be to Maxwell’s advantage (and not Knapp’s).  Campbell topped Maxwell’s achievement in the 2009 IIHF U18 World Championship as he helped lead the Americans to gold.  Ultimately, Maxwell will need to shake off an inconsistent previous season to beat out Campbell and Knapp.