Avalanche By The Numbers: #1

Share All sharing options for: Avalanche By The Numbers: #1

In an effort to fill the remaining 58 days before the season starts, I thought it might be fun to take a look at the different jersey numbers worn by the Avs over the years. I've always been fascinated by jersey numbers, and this exercise will probably be more whimsical than serious study.

According to the tremendous resource at AvalancheDB, 65 different numbers have been worn by the Avalanche, from #1 (see below) to the #97 worn by Per Ledin last season. We'll talk a bit about the most (and least popular) numbers as we go. For now, I'd like to jump right into...

3 players have worn numero uno for the Avalanche, tying it for 25th on the popularity list. Not surprisingly, all 3 were goalies. The number 1 has been on the ice for 272 regular season games and 15 playoff games. 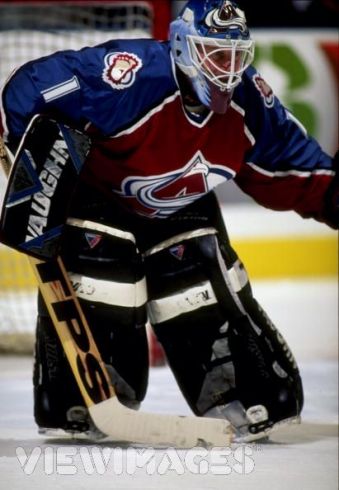 1996-1999: Craig Billington was the first to don the #1. He was signed by the Florida Panthers in September of 1996, but apparently was behind John Vanbiesbrouk and Mark Fitzpatrick on the depth chart and was claimed by the Avalanche in the old waiver draft that took place later that month. Billington played in 67 regular season games with the Avs and 3 playoff games. He was with the club for 3 years, backing up a certain Patrick Roy. Over those 67 games, Billington had an 30-23-7 record with a 2.61 GAA and a .910 Save Percentage.,

Billington broke in with the New Jersey Devils in 1985-1986. He had worn #1 with his junior club - the Bellville Bulls - but that was taken at the time by former Colorado Rockies' Chico Resch, so Billington wore #33. Resch was traded away late in the season, but, perhaps in deference to the veteran, did no switch to #1 the following year. He didn't stick with 33 either, but went with #31. The next year, Sean Burke came up with the Devils and snagged #1. Biller wouldn't be able to take his preferred number until the 1992 season when Burke left for Hartford. From that point on, Billington had #1 for the rest of his career, from the rest of his time in New Jersey, to stints with Ottawa, Boston, the Avs and, finally, the Capitals. 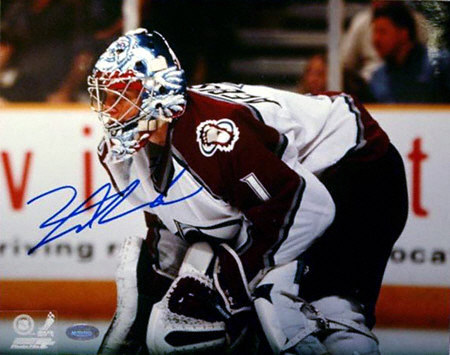 2000-2006: In June of 2000, the Avalanche traded Billington's replacement, Marc Denis, to the Columbus Blue Jackets creating an opportunity for the next #1 - David Aebischer. With 174 regular season and 13 playoff appearances, Aebischer is the guy who's worn the #1 the most. He's also the best. In 5 seasons with the Avalanche, Abby posted an 89-58-14 record with a 2.35 GAA and a 915 save percentage. In the spring of 2006, Aebischer was traded to the Montreal Canadians for Jose Theodore. With #1 retired in Montreal (Jaques Plante), Aebischer donned #30 for the Habs. He got his old #1 back when he signed with the Coyotes the following fall, but he only got to wear if in one game before he was jetisoned so Switzerland. Once again, he found his #1 unavailable (#1 is retired on HC Logano is retired for some fella name Alfio Molina). So, Abby is wearing #29. He's also worn #40 for the Swiss National team. 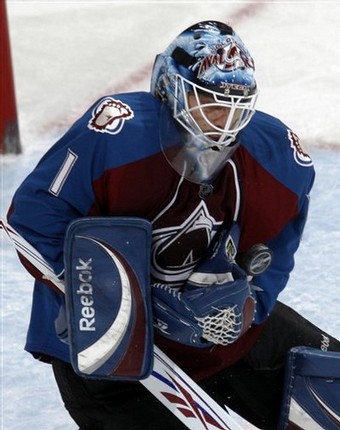 To date, Raycroft has only worn #1 in the NHL (perhaps because it's the easiest number to count to without focusing too hard?). That will be changing this fall, as Roberto Luongo already has dibs on that one. Do you think it's possible to fit #420 on a jersey?