Avalanche By The Numbers: #5

Share All sharing options for: Avalanche By The Numbers: #5 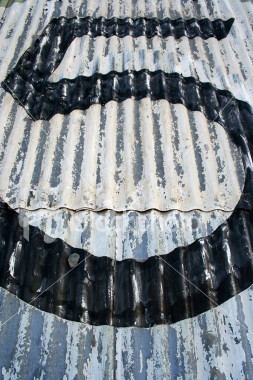 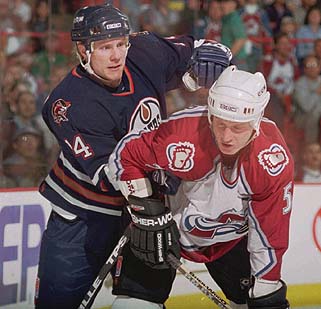 1995-2000. Alexei Gusarov. Gusarov is the first Avalanche to wear #5, having continued wearing the number after making the move from Quebec. Currently, he's worn the number the most of the three Avs - and the only one to win a Cup while doing so, but Brett Clark is just 26 games behind him. Gusarov, of course, had a long history in Russia before coming to North America. Sadly, I couldn't find any photos of him in his pre-Nordique days, but hockeydb listed him as wearing #4 for Leningrad and #31 early in his career with Moscow, before switching to #5 for the bulk of his Russian career. At least at one point he wore #3 internationally. In December of 2000, the Avalanche traded Gusarov to the Rangers and he had to change to #25 because his number was taken by Brian Leetch. Just kidding. It was, of all people, Dale Purinton. Gusarov was traded later in the season to the Blues, where he was able to revert to his familiar #5 for the final few games of his NHL career.
Gusarov's #5 Totals: 342GP 16G 63A 79P +66 200 PiM
Todd Gill 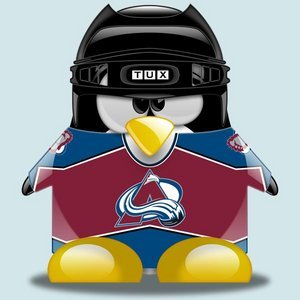 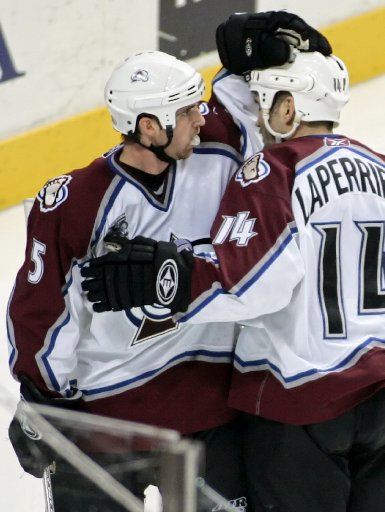 2003-present: Brett Clark. Barring trade or injury, Brett Clark will pass Gusarov as the Avalanche who's worn #5 the most. Clark broke in with the Canadiens in 1997 wearing #29 (Stephane Quintal wore #5), playing in front of goalies Jeff Hacket, Jocelyn Thibault and Jose Theodore (note to self: prepare for future hirings of Frederic Chabot and Andy Moog). Clark was claimed by Atlanta in 1999 and wore 23 for the Thrashers (eerily similar to Todd Gill, here) and #5 for some IHL club called the Orlando Solar Bears. He kept that #5 for the rest of the way, from the Chicago Wolves to the Hershey Bears (where he served as captain), to, ultimately, the Avalanche.
Clark's #5 Totals: 316GP 29G 85A 114P -2 179PiM