It's that time of year again, when the hockey-starved masses turn to the technological wonder that is the intrawebs to get a fix as the new season is nigh!  Fear not intrepid readers, the men and women of the Avs blogosphere won't let you down! We've assembled in our secret lair deep in the earth (DDC's basement) to compile a list of questions we know in our hearts you are dying to ask and have answered by total strangers.  Once again, here's the rundown of participants:

First up, we need to take care of some old business: What are you going to do this season to ensure that we increase our online presence such that a complete objective, master-of-deduction Wild blogger won't rate our fans last again? 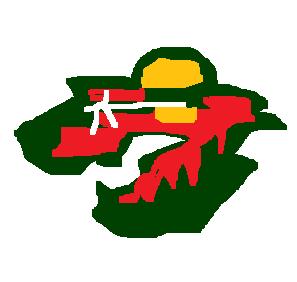 Jibbles - If he does it again I shall taunt him a second time.

I could do more than a twitter response eh? But I don't really know what to say. The idea that the Avs online presence isn't strong is preposterous. I'm not really sure how to increase it.


Aaron D. - Aside from blogging more, I'm not exactly sure how to increase the presence. From the looks of it there are even more Avs bloggers this year. Perhaps what we could do is start posting comments on other pages, i.e. snide comments on Wild blogs about how they still don't have a Stanley Cup in ...and that's counting the North Stars too!

But as Aaron said, if anything, the number of Avalanche bloggers is going up. This is a year where the bandwagon fans will be separated from those who are hard-core and do-or-die. The fact that this Roundtable has grown so much in three years is a testament to the Avalanche's online presence. After all, it's pretty tough to write about a team that has about a .00004% chance of making the playoffs, or even seriously contending for a spot.

Aaron M. - A way to increase exposure is just to get our name out there. Cover our team so well that no one can say "where are the Avs bloggers?" Show them what we can do, show them what it take to cover this Avs team and what they did, are doing and will do. Simple as that and then, if some ignoramus blogger wants to put us 26th we can rub our coverage over his face.

Mike - I'm all for any humiliation tactic. And pranks.  He's a Wild fan after all.  He probably needs a laugh.

DDC - It's unfortunate that one pinhead can besmirch the reputation of two groups at once. For example, Wild bloggers are, in general, much more intelligent than that brilliant maroon.

The Avalanche online presence isn't as bad as it has been painted. Officially, the team has some work to do in that area, but they are making some small strides with their sporadic twitter updates and more informative stories on their official site. The team still seems reluctant to recognize the blogging community, but we know they are keeping an eye on us all as we develop. I think the sheer size and diversity of this roundtable - now in its 3rd year - says all that needs to be said about our online presence.

Tune it later today (and the rest of the 9 days) for more questions and answers.  Remember to visit the contributors' websites and blogs often throughout the season to stay informed on your Colorado Avalanche.