Day 4 of the Avalanche Blogger Roundtable takes us to the haunts of everybody's favorite reply-fail-oligist, Jibblescribbits. He and his trusty sidekick thedoctor are hosting both of today's questions. First up, trade predictions!!

Who will be the next player to be shipped out? Where would you like to see him go? What kind of deal should the team get in return? So head over there for the answers. Make sure to add your own thoughts in Jibbles' comments section and vote in our poll after the jump.

Then, later today we try to project the long-term coaching plans for the Avs when we ask:

Given the way the things were said in the off-season, is Joe Sacco just a place holder for Patrick Roy, or is he the long term guy?So make sure you check out those lloosely-formed opinions after you've had a nice filling lunch. 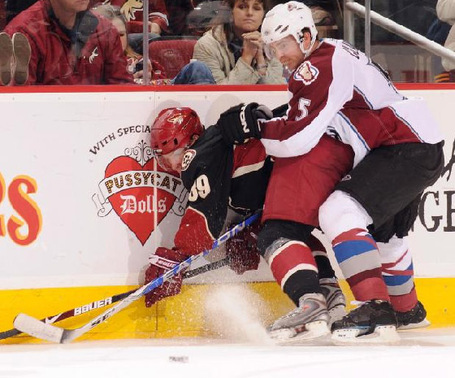