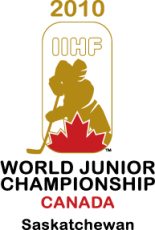 The Colorado Avalanche will open their rookie and training camps this week. A handful of Avalanche prospects took part of evaluation camps for their respective countries in August. 2009 draft picks Matt Duchene and Ryan O'Reilly, along with 2008 draftees Cameron Gaunce and Kelsey Tessier, took part of a Hockey Canada summer camp in Saskatoon, SK. In Lake Placid, NY, 2009 sixth round draft pick, Brandon Maxwell, was one of four goaltenders to participate in the USA Hockey Under 20 camp. Both countries will have camps in December before naming their final rosters for the 2010 IIHF World Junior Championship, which begins on December 26, 2009 in Saskatoon and Regina, SK.

Matt Duchene, should he return to the Brampton Battalion (OHL) this upcoming season, will likely center the top line for the Canadians. While Duchene didn't have an outstanding camp statistically, he's likely to be a star for Canada, who is looking for their sixth straight gold medal in the tournament. Shane Giroux, from the blog Avs Talk, who had the opportunity to attend the camp in Saskatoon, described Duchene's impact:

As for his actual skills, he's got 'em in spades. He has excellent stick handling and a great release on his wrist shot. He's solid on faceoffs, is very good defensively and has a tendency to find the back of the net. I still give the sickest hands on the squad to Zack Boychuk, but Duchene was right behind him."

Duchene's teammate, Ryan O'Reilly would have to perform well to earn one of the coveted spots on Team Canada. O'Reilly certainly gave the Canadian coaches something to think about with his performance. He led all players during the two scrimmages with four points. While not a great skater, O'Reilly's faceoff and defensive ability make him invaluable. Any offense he adds for Canada is a nice bonus.

"He made some waves during drills but once the Red-White games came along, O'Reilly was a standout. He was the player of the game the first night and put in a good enough performance that he could easily have been awarded it two nights in a row." - Shane Giroux

Unlike Duchene and O'Reilly, Kelsey Tessier has a tougher road making the Canadian squad. Tessier's contributed with two assists during the scrimmages. The small feisty forward will need to rebound this season with the Quebec Remparts (QMJHL), after a subpar year in 2008-09. Making Team Canada will be tough for Tessier, but in addition to impressing the Canadian brass, he'll need a strong season with Quebec to earn a contract with the Avalanche next summer.

"Tessier was a pleasant surprise though admittedly I had no real expectations of his play. He's small but makes up for that with speed and hard work. He's not necessarily the smoothest or most gifted player on the ice, but he's probably the most motivated player on each shift." - Shane Giroux

Cameron Gaunce turned heads last season with 64 points in 67 games with the Mississauga St. Michael's Majors (OHL). In addition to his scoring prowess, Gaunce also brings a solid defensive game to the table. A relative unknown to an international audience, Team Canada will be a tough one to crack with several big names in play for the Canadians. He scored one goal in the two Red/White scrimmages

"With a stacked D-squad, Gaunce was likely one of the least known names heading in to camp. And I think he left camp in the same veil he started.

It wasn't due to lackluster play as Gaunce was quite solid in his own end when I was able to put an eye on him. It's just tough stand out against players like Alex Pietrangelo, Tyler Myers and Colton Teubert." - Shane Giroux

For Brandon Maxwell, the US Summer Evaluation camp could not have gone worse. Mike Lee, who will begin his collegiate career with the St. Cloud State Huskies (WCHA) this fall, is the likely starter for the Americans in Saskatoon/ Regina. With the backup position up for grabs, Maxwell's performance was a disappointment. While some speculated youngster Jack Campbell would be held back a year due his young age, he easily out performed Maxwell, who gave up six goals on 17 shots in his start against a Russian squad during the camp.

It was surprising to some that Maxwell received an invite to this camp due to his demotion in the US National Team Development Program last season. It's hard to see Maxwell beating out Campbell for the backup position unless Campbell struggles and Maxwell has a stellar start of the season for the Kitchener Rangers (OHL). Should he receive an invite, Maxwell may have another opportunity in the US evaluation camp in early December.