Share All sharing options for: Meet the Rookies: Tyson Barrie 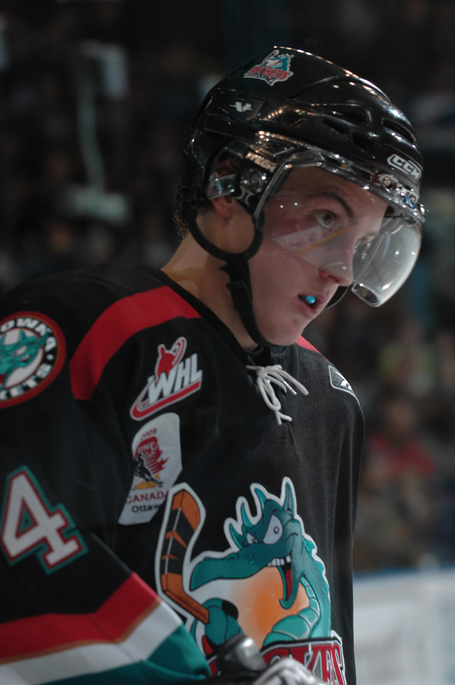 Tyson Barrie is yet another horse in the Avs' deep stable of offensive-minded defensemen. Barrie is a diminutive defenseman with the Kelowna Rockets that the Avalanche drafted in the 3rd round of the 2009 draft. At 5'10", 190, he's listed as about the same says as former Rocket Kyle Cumiskey, so it's hard to resist comparing the two. For comparison's sake, Cumiskey scored 79 points in 177 games for Kelowna, a .45 PPG rate. He struggled during his first year, however, and it might be better to use his .57 PPG rate over his final two seasons. Barrie currently has 98 points in 139 games (.71 PPG). The Avalanche have done well with Kelowna grads - Scott Hannan is a fellow alumni, Brett McLean is the team's all-time career point leader and Scott Parker is the team's all-time leader in penalty minutes.

Outlook: Barrie returns to Kelowna for another year. Again, it's going to be very interesting to see how our various d-man prospects develop.