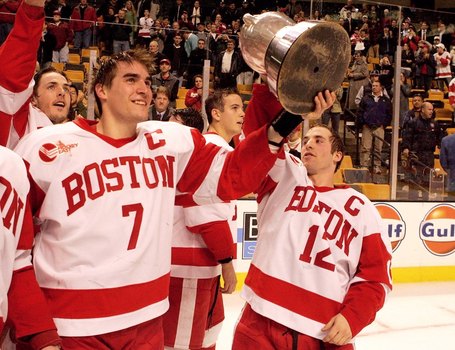 Van der Gulik has 6 NHL games under his belt - all with the Flames - and he has 2 career assists. He wears number 7 for the Avalanche a number, as you can see above, is not new to him.

Fun fact: The Avalanche have two players in their system from the 2002 draft, but neither were drafted by the Avalanche. Both -  Van der Gulik (Calgary) and Greg Mauldin (Columbus) - were taken in the 7th round. The Avs' 2002 draft did generate two current NHLers, albeit for other teams. Those two would be Tom Gilbert and Johnny Boychuk.