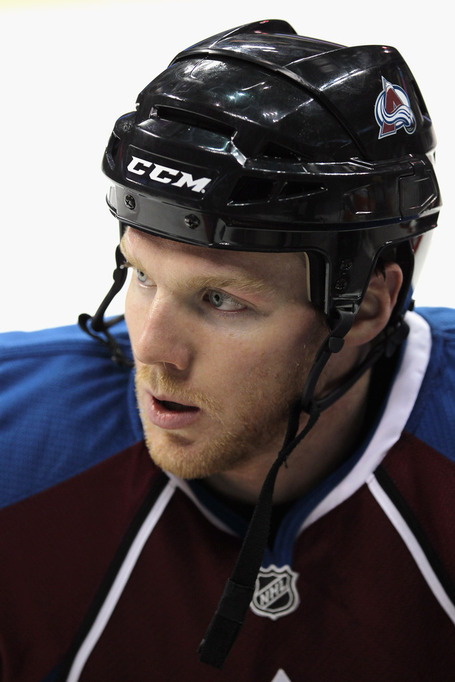 The Avalanche today have reportedly recalled defenseman David Liffiton from Lake Erie. Liffiton's recall was necessitated by the injury to Adam Foote; Foote is out indefinitely with a concussion.

Liffiton is a big (6'2", 210) left-shooting defenseman and will be wearing #5 (if he dresses). Liffiton was signed by the Avalanche this summer and was the captain of the Monsters (where he had 2 points and 16 penalty minutes in 6 games). Liffiton is clearly not afraid to drop the gloves, as he has 50+ career AHL & NHL fights according to hockeyfights.com, including 2 bouts against Avalanche forward Cody McLeod. Here's an example of a big bout with Brandon Prust when both were in the OHL: http://www.hockeyfights.com/fights/79893.

Liffiton was originally drafted by the Avalanche in the 2nd round of the 2003 draft, one pick ahead of...wait for it...Jimmy Howard. He was then traded to the Rangers in 2004 along with Chris MacAllister and a 2nd round pick for Matt Barnaby and a 3rd rounder that would become Denis Parshin. He has 3 career NHL games with the Rangers (no points).

Today's Fun Draft Fact: Liffiton is one of 3 Avalanche draft picks in 2003 to ever make it to the NHL. All three will be in the house tomorrow night: Liffiton, David Jones (9th) and Brad Richardson (5th). Philippe Dupuis and Kyle Quincey are also a products of that draft (taken by Columbus and Detroit in the 4th round, respecitively) as is Kings forward Dustin Brown (1st).