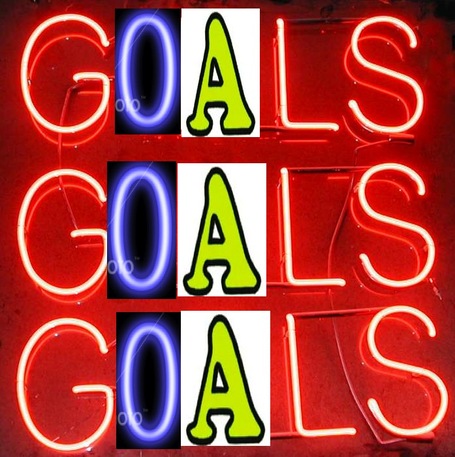 This short season has already been an up and down whirlwind: Joe calling for Hejduk's head, me calling for a trade (either Kyle or a prospect would still be fine by me), Mike MIA, the very complimentary addition of Sandiegee to the MHH team, Derek's cross country drive for the after hours game, and DDC's awesome MS paint preview graphics - oh, and the Avs have also had a whirlwind season them selves already: horrendous powerplay, awesome powerplay, shorthanded goals against, Anderson's knee injury, Liles' assist record, losing to the freaking Islanders, etc. It's really too early to make too much out of any one stat, but let's try, shall we?

As of this morning, the Avs have scored THE MOST GOALS IN THE NHL with 34 (3.4 per game, 2nd in league behind Tampa Bay). That is fan-freaking-tastic! I think a lot of people were worried about the Avs continuing to churn out the offense (looks like they forgot about CGDS), but scoring has not been an issue and all 3 1/2 lines have contributed (Winnik rules).

The large blemish on the team right now is that hideously frightening, league worst, goals against at 38 (3.8 per game, last in the league).

I think the team is really missing Foote. In the 3 games since Foote's departure, the opposition has scored an astounding 15 goals. Budaj has allowed 9 of those goals, so he isn't really helping either. But it isn't just one player, or the last several games for that matter. The Avs have allowed 3 goals or more in every game except against the league worst NJ Devils, and the injury hampered Rangers (Editor's note: thanks for the fix Radar Fan club).

So what is the problem? Why is this happening? Is Budaj truly the SUXXORZ? And more importantly, how can the problem be solved?  Is it the D? Is it the D coach? Is it the absence of Captain Foote? Is it just the defense corps getting used to each other? Is it the Matrix?