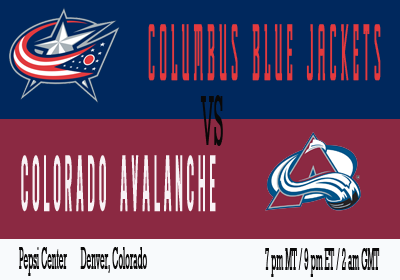 No Dating Game preview today. Instead, I'm just going to throw out one super freaky Halloween statistic. The Avalanche tonight will be playing in their 666th home game (regular season and playoffs). That does include two "neutral site" games in Hamilton and Phoenix where the Avs were the home team, but it's still a pretty interesting coincidence, yet? Well, there's more. Does anyone want to guess how many home games the Quebec Nordiques played? Yep, 666 games.

The Avs wont pass the Nordiques in total games played (home and away) until late November, but tonight is the night where they pull even with regard to home games. Odd that the [spooky music cue] number of the beast would be tied to that milestone, yes? Welcome to Denver, boys! Muahahahaha.

At any rate, the Avalanche will play 7 of the next 9 at home and are kicking things off against a team they have fared well with historically. The Avs are 27-7-1 all-time against the Blue Jackets, with 4 of those losses coming in the 2008-2009 season that didn't actually happen. The BJs are off to a solid start this year (6-3), though, and while they've struggled offensively, we all know what sort of "defense" they'll be playing against tonight.