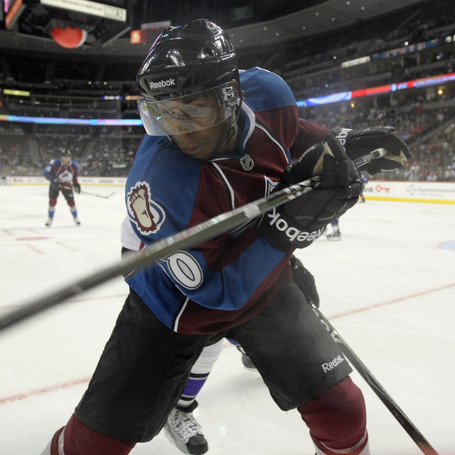 Mauldin is a 28-year-old forward from Holliston, Mass. (No BU on his resume - he attended UMass-Amherst). Mauldin was drafted by the Columbus Blue Jackets in the 7th round of the 2002 Entry Draft (199th overall). To date, he's played in 7 NHL games (no points) - 6 with the Blue Jackets and 1 with the New York Islanders. His call-up isn't a complete surprise, as he's currently leading the Monsters in scoring with 12 points in 14 games. Mauldin will wear #20 for the Avalanche. That's the number O'Byrne was wearing in Montreal this year; O'Byrne will wear #3 with the Avs.