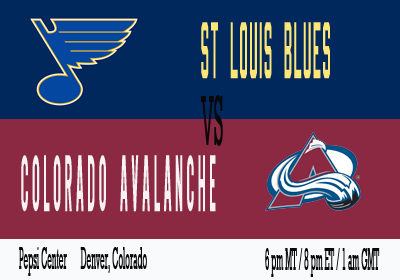 I'm prepping this on Sunday night, and the Pats are on, so I'm going to make this one kind of brief. The Avalanche host the Blues tonight at the Pepsi Center. St Louis already has a 7-game winning streak this year, but has lost the last three (including an 8-1 loss to Columbus).

When you think of St Louis, you have to think of Chris Goddamn Stewart. Stewart has 8 goals and 5 assists in 7 games against the Blues. He had at least a goal in each of the 4 games against St Louis last year.

This meeting is definitely a tale of two different teams. The Blues are averaging less then 2.5 goals per game (to the Avs 3.25). Their leading scorer is TJ Oshie with 10 points (and he is currently out with a broken ankle). He would be 6th on the Avs in scoring. On the other side of the coin, though, St Louis is giving up just 2.13 goals per game - a goal per game less than Colorado.

The Avalanche have been playing well of late, but need to string a few wins together. A win tonight would be a great way to start working towards a long winning streak.