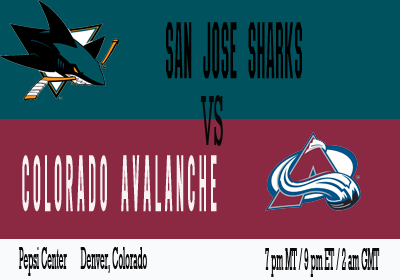 If you said "loss" you probably are ready to ace your SATs. However, you clearly hate the Colorado Avalanche, so please leave. Now.

The Avalanche have been up and down lately, unable to put together any sort of winning streak nor capable of stinking for two games in a row. The trend would be for the Avalanche to lose tonight and I have to point out that while the Avalanche did look pretty good in their win against St Louis on Monday, with any semblance of competence from Jaroslav Halak we're talking about a completely different hockey game (and not in a good way). But, I have been working my windows calculator to the bone and have run some statistical algorithms to discover a super secret plan to winning tonight. Suck it, Gabe Desjardins!

Much like in real life, this game pretty much boils down to trying to score as much as possible. The Avalanche are 9-1-1 when scoring 3 goals or more and 0-6 when they don't. The Sharks are 8-0 when hitting the 3-goal mark and 1-2-2 when they don't. So, the game plan tonight should be to score 3 goals and keep San Jose from doing okay. Duh. This stuff is SO EASY.

The "keeping the Sharks off the scoreboard" part is a little more tricky. While the Avalanche may have their most physical corp of defensemen since...uh...when, exactly? Anyway, it's nice to have some physicality back there, but all three of the "tough" guys - Adam Foote, Snatch O'Byrne and Ryan Wilson - struggled defensively at times on Monday. Thanks in large part to an off night from Halak, the Avalanche overcame the gaffes. Against the Sharks potent offense, it may not be so easy...