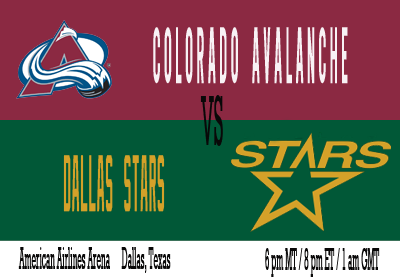 You all know the following story. Back in 1995, the Quebec Nordiques were facing serious financial difficulties due to factors like being in the smallest market in the league and a weak Canadian dollar. After owner Marcel Aubut failed to secure a government bailout or a new arena, he sold the team to the Denver-based COMSAT entertainment group. The deal became official on July 1st, 1995 and the franchise started play the following fall as the Colorado Avalanche (thankfully, the original Xtreme moniker was rejected).

It has taken 15 years, but tonight is the night where the Avalanche surpass the Nordiques in games played (regular season and playoffs). Tonight is the 1,337th game played as the Avalanche, one more than the 1,336 the franchise played as the Nordiques. There may be more fanfare next year when the Avs pass the Nords in regular season games only, but I still think this is a significant mark.

The Avalanche will be facing off against the Dallas Stars, coached by Marc Crawford. Crawford, of course, was the coach of the Nordiques when they were sold and subsequently coached the Avs to a Stanley Cup victory in their first year in Denver. There may be some other stuff in his history as well, but I'm in a nostalgic mode today.

After dropping the Rangers last night, the Avalanche are riding their first 3-game winning streak of the season. It would be nice to extend the streak, as the Western Conference is an absolute cluster fuck once again. The Red Wings lead the conference with 26 points, 4 more than the Black Hawks way down in 11th place. Depending on how other games go tonight, the Avalanche could finish the night anywhere from 2nd to 8th.

Skipper Joe said he would base the decision on tonight's starter on how Craig Anderson played last night. After turning aside all but one shot and being named 2nd star of the game, I think you can pencil him in. Left Wing Lock is listing Kari Lehtonen for the Stars

Tale of the Tape