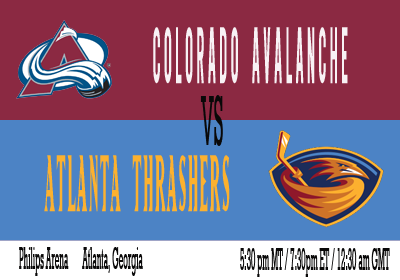 No, it doesn't look all that pretty right now. The Avalanche are still winless in the four games since acquiring Matt Hunwick and Tomas Fleischmann. Or, probably more to the point, winless since losing Chris Stewart to a broken hand.

So why am I so optimistic? Because the Avalanche have been competitive in just about every game this year. The Avs currently have 14 losses on the season. 6 of them have been by just one goal (and the Avs managed to get a loser point in 4 of those). Of the other 8 losses, 3 were by 2-goal losses because the other team scored an empty net goal. That leaves 4 losses by 2 goals and 1 by 3 goals...and only one of those has come in the last 11 games. And that one 3-goal loss? There was an empty netter in there too...although losing to the hapless Islanders by 3 goals should probably count as double.

All that gobbledy-gook tells me that the Avalanche have actually been a little...wait for it...unlucky. Essentially, half of the Avs' losses have been by one goal and they've only lost by 3 goals once (no other team has less then 2 3-goal losses and 12 teams have 5 or more). The team has looked flat at times, but has managed to be somewhat competitive every single night. So, screw the losing streak, screw the standings, screw the Southeast Division and screw Corsi (reflex, sorry). As far as I'm concerned, the bus is still completely badass. Go Avs!