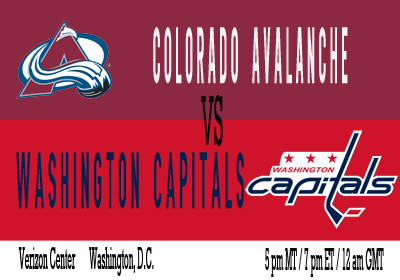 The losing streak is over; the Avalanche broke a 4-game losing streak last night with a win over Atlanta and can move back into first into the NW tonight with a win coupled with a Vancouver loss to Tampa. It doesn't get easier tonight, though, as they face the Washington Capitals...possibly without Milan Hejduk. The Caps are one of the best teams in the league. And they are going to be motivated, as they are currently riding a 4-game losing streak of their own. There's also the dreaded "former Avalanche" factor. The Caps have 3 ex-Avs on the roster - Scott Hannan, Matt Hendricks and Brian Fahey. Fahey is a likely scratch, but the other two? Look out!