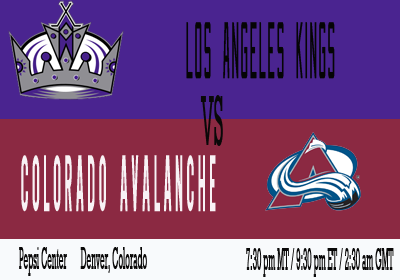 The Colorado Avalanche host the LA Kings tonight at the Pepsi Center. The Avs have won six in a row and try to win 7 for the first time in nearly 5 years (Jan 16, 2006). Okay, enough about that.

Instead, let's talk about Matt Duchene. Although held scoreless against Montreal, Duchene remains on a tear and was just named the NHL's first star of the week. In his first 114 NHL games, Duchene has 89 points. That's tops for his 2009 draft class (19 more than John Tavares). Hell, only two players from the 2008 draft class have more career points to date despite having an extra year of playing time (Steve Stamkos and Kings' defenseman Drew Doughty).  You can even go back another year, as just 4 players drafted in 2007 have more career points than Duchene does to date. Not bad.

During the roundtable this fall, we discussed comparisons to Duchene's 2nd season to that of Joe Sakic. Duchene's 37 goals and 52 assists through his first 114 games aren't quite as good as the 48 goals and 68 assists that Sakic scored in his first 114 NHL games, but at this early point in his career Duchene has a trait that matches Sakic. In his 2nd year, Joe Sakic was the Nordiques best player (he had 40 more points than the Nord's #2 scored, Peter Stastny). Today, Matt Duchene is the best player on the Colorado Avalanche. Not by as wide a margin as Sakic was at the time, but he's still #1.

And, like Sakic, he's only going to get better.

Jewels From The Crown