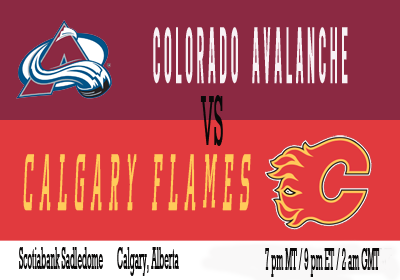 I fell asleep last night somewhere after the first period. At that point, the Avalanche were dominating the game, not doing their late-game impression of the keystone cops. So, I'm just going to pretend that the Avalanche were totally awesome sauce last night and I have no reason to think they won't kick the crap out of the Calgary Flames tonight.

I don't like the Flames. I'm not really sure why. I don't think I hate any of the other NW teams - even the one with those creepy twins - and I actually kind of like the Oilers (when we aren't playing them). But the Flames? Can't stand them. And there's not really any players on the team I don't like, other than that idiot Curtis Glencross or perhaps Olli Jokinen (although I think I just feel sorry for him; he used to be such a talented player). Otherwise, the Flames are more or less stocked with guys I like (Tanguay), guys I respect (Iginla, Kiprussoff) or guys who elicit no emotion from me whatsoever (everyone else). So, why do I hate them so much? I don't really know. Could it be the stench of Phaneuf and [redacted] are still fresh in my brain? I guess that's a good enough reason, right?

Hopefully, everyone has a safe and happy New Year...and that the Avalanche close out 2010 against the team I hate for no good reason.