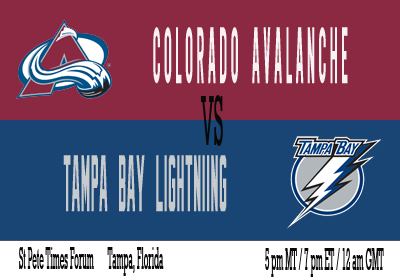 In honor of tonight's opponent, this is going to be a Lightning fast recap.

The Lightning can certainly score goals. Well, Steven Stamkos can. He has 21 goals - almost half the total of the entire New Jersey Devils team (44). They have some issues stopping them, as the team ranks 29th in goals against per game, despite being allowing the 2nd lowest number of shots per game. Tampa has allowed 5 goals or more 7 times this year, and the Avalanche will be shooting to make it a eight.

The Avalanche have at least a point in each of their last three games, but it would be nice to get some wins along the way. As Ernie Banks said, "Let's play for two." Okay, that's not quite what he said, but I'm 100% positive that's what he meant.