Game 27 Non-Preview: Somebody Against Some Other Team

Share All sharing options for: Game 27 Non-Preview: Somebody Against Some Other Team 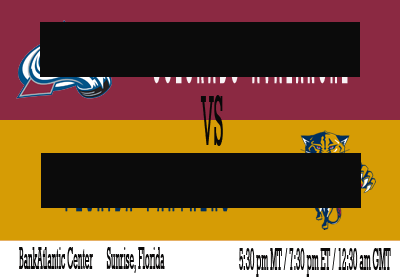 This would normally be a preview. But since the geniuses in charge of the league's TV deal have decreed that only Versus can show a game that starts at 7:30 eastern. Of course, Versus isn't going to show the game so no one gets to watch it. Ha ha, hockey fans! It sucks to be you, but it's all for the greater good of building the NHL's fan base. Or something.

So, I won't be wasting my time previewing a game that 99% of us won't be able to watch. Instead, I will fill this space by sharing an interesting story. I encourage you to do the same in the comments section below (or talk about the stupid game if you really want to).

Back in the summer of 1995, one of the fighters to take part in the Mike Tyson hit parade was Boston-area fighter Peter McNeeley. It was a big deal, as it was Tyson's first fight since being released from prison. I'm not a boxing fan, so I missed the epic bout lasting all of 89 seconds. But, a week or so later, I was at a magazine store here in Keene, no doubt buying the latest Juggs magazine or a jumbo pack of Skittles or something to that effect. I was in line, when, all of a sudden, in walked Peter McNeeley with a couple of other guys, all three wearing suits. I am 100% positive I wouldn't recognize McNeeley today if he stole my purse, but since it was so close to the fight - he was still sporting a pretty good shiner - I realized right away who he was.

Now, this magazine store (which is no longer there) also sold cigars, and McNeeley and his cohorts went straight to the cigar counter to purchase some cigars (no Juggs for them). There was only one cashier working, and she was waiting on me. Seeing McNeeley at the cigar counter, she told him she'd be with him in a minute. And that little light when on somewhere inside. In my head, my brain was screaming at me to say "or, in your case, 89 seconds". SCREAMING. But, I couldn't pull the trigger. I quietly grabbed my paper-bag wrapped porn and sauntered out of the store, both smiling at myself for my cleverness but also cursing myself for not speaking up.

At that, my friends, is a story just slightly more interesting than writing a preview for a game we're not allowed to watch. Uh, go Avs.