The Avalanche are taking the kids on a quick road trip.

Tonight in Nashville, the "Young Guns", T.J. Galiardi, Brandon Yip, Ryan WIlson, Ryan O'Reilly, Kyle Cumiskey and Matt Duchene, along with the other Avs rookies, come into this game having scored a total of 110 points. Give that a minute to sink in. 110 POINTS!  Matt Duchene, T.J. Galiardi (7th) and Ryan O'Reilly (10th) are all in the top 10 in rookie scoring. Oh yeah, and Matt Duchene (17G) is not only leading all rookies in goals, he is tied for the team lead as well.

This game is another one of those that I am a little reluctant to put in the "must win" column, but it is very close. The Predators are only 4 points behind the Avs in the standings and with the Canucks playing in Ottawa and the Kings hosting the Ducks, the team has a serious chance to gain some ground in the standings.

The Preds are coming off of a heartbreaking loss to the Coyotes on Monday in which they lost in the 10th round of the shootout. This was a game where both goalies earned shutouts and were both on top of their game, only yielding 3 goals combined on 20 shooters in the shootout.

Nashville is also mired in bit of a slump. They have only won 1 of their last 7 games, a 4-3 win over Atlanta back on January 30th. As far as health goes, they are pretty good though. They only have 2 players listed on the injury report, Marcel Goc (upper body) and Wade Belak (foot), both are listed day-to-day. The Avs however, are not quite as healthy. Ruslan Salei (back), Milan Hejduk (knee), Ryan Stoa (shoulder), Matt Hendricks (ankle) and David Jones (torn ACL) are all on injured reserve.

For Colorado, it is no secret anymore just how much we are relying on the scoring touch of our rookies. Expect this game to very hotly contested as both teams are in desperate need of the 2 points. I anticipate for the team to lean heavily on them again tonight.

Derek's Game Notes:  With a win tonight, the Avs will have 70 points, surpassing the 69 points they earned all of last season in just the team's 56th game. Today is Joe Sacco's 41st birthday, so from all of us at Mile High Hockey, HAPPY BIRTHDAY JOE! 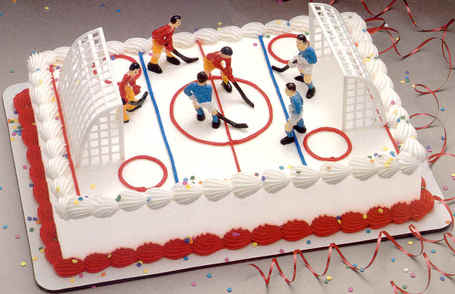 For Nashville's take on the game checkout On the Forecheck