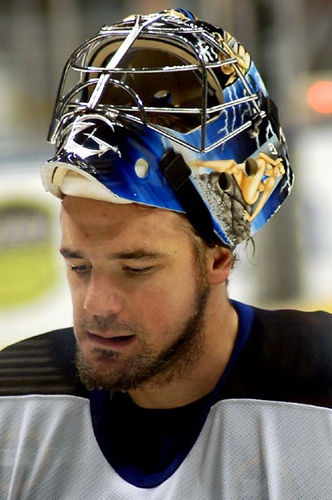 In a minor move today, the Avalanche have signed goalie (and Denver native) John Grahame. Grahame won a Stanley Cup in 2004 as a back-up to Nikolai Khabibulin. His mother, Charlotte, has her own name on a Cup - she is the Avs' Executive Director of Hockey Administration.

Grahame had recently been playing for the Phantom's in the AHL. According to Adrian Dater, he's been signed because both Tyler Weiman and Trevor Cann are injured for Lake Erie.