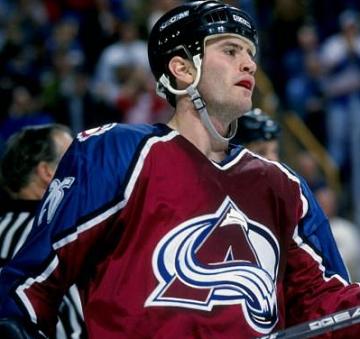 The Colorado Avalanche have re-acquired one of MHH's Top 19 Avs of All Time - #15, Stephane Yelle. Yelle and minor league forward Harrison Reed for Cedric Lalonde-McNicoll and a 6th round draft pick. Yelle really needs no introduction to Avalanche fans, but I'll give a brief freshener anyway. Yelle spent 6 seasons in Colorado and was a key part of both Stanley Cup teams. He was traded to Calgary in the Chris Drury trade and I know most Avalanche fans are going to be ecstatic to have him back in the fold (even if his old #26 is no longer available). Yelle is a depth player at this point - probably 4th line center - but is a great veteran acquisition for the Avalanche.

Harrison Reed is a former 3rd round pick for Carolina (2006). He has 15 points in 119 AHL games so far, so probably doesn't feature prominently in the Avs' future plans.

Lalonde-McNicoll is a talented center who was probably a long-shot to see significant time with the Avalanche due to his size. He has 13 points in 45 games with the Monsters this year.