Back to the Future Part II - Avalanche Draft Preview cont'd...

Share All sharing options for: Back to the Future Part II - Avalanche Draft Preview cont'd... 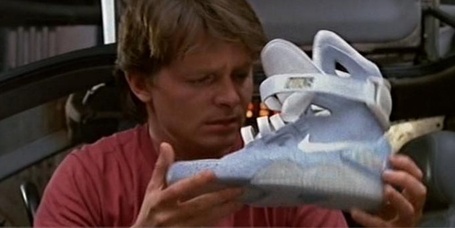 Today we continue our premature preview of the upcoming June draft. On Monday we took a look at the quality Defense and Goalies that may be available for the Avs' choosing in the first round. Next up: FORWARDS. Again, the Avs should finish somewhere between 10th and 15th in the standings (I hope, I hope), meaning they should land their first round pick somewhere between 15th and 20th. Here's a look at the projected forwards in that range. And remember, as the above photo reminds us: you never know what the future will bring. It may be scary, it may be confusing and stupid, but one thing is certain - it will be brought to you be Nike.

The Avs have some depth down the middle at Center, and at Right Wing, but could use a true blue Left Wing like Ke$ha could use a backhand slap upside her nappy dyed head, but I digress.....blah, blah, blah.

Not that anyone asked, but I'd like to see the Avs take a sure bet on a winger. That being said, I think Nino Niederreiter, Kirill Kabanov, or Austin Watson would offer all kinds of reasons to get giddy over the Avs continued burgeoning future - and are realistic options assuming the Avalanche finish where they look to be headed in the standings. Colorado desperately needs a top six left wing, but may not want to wait for one of these kids. If they don't draft one, look for them to add a gritty defenseman in his stead on draft day.

Hope you enjoyed the preview!

(Central Scouting's Final rankings are due to be announced in the coming weeks. They meet this Sunday to begin the final deliberations)