Last night, while traveling one of the busy New Hampshire interstates, I briefly followed a car with the license place "BUELLUR". The spelling is a little off and it wasn't a Ferrari (which is for sale, by the way) but I still took that as an omen that somewhere, up there, God is looking down on the Avalanche. And he likes what he sees.

The Avalanche played a very good hockey game on Wednesday and followed our keys to the series to a T (because, you know, they really need our help for that stuff). The Sharks look vulnerable after suffering their 4th straight playoff-opening loss in front of a sold-out crowd all full of boos and middle fingers. But don't be fooled - this is still a dangerous hockey team. They will be hungrier tonight and the Avalanche can't afford to get even the slightest bit cocky, as Gentleman Rob Blake can't carry them for the entire series. Except for T.J. Galiardi. He can get as cocky as he wants, because he is totally bitchin'.

No changes are expected for the Avalanche. And, to get the blood pumping, here's your moment of zen 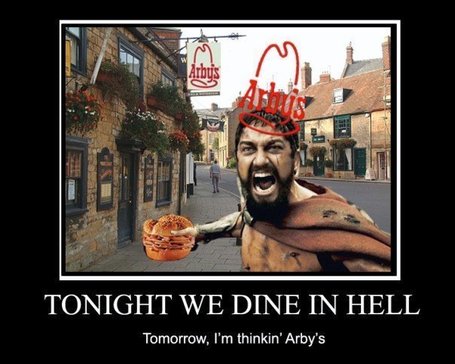