Welcome to the MHH awards!

Share All sharing options for: Welcome to the MHH awards! 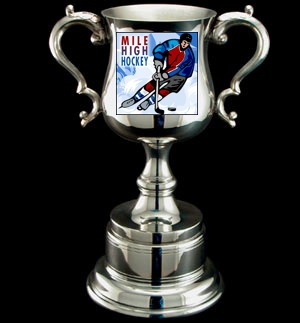 While some simpletons will be focused on those silly upcoming NHL's awards, we'll be paying tribute to the REAL honors, the ones the players truly respect and covet: the MHH AWARDS! These awards were hand picked by the staff of MHH over a painstaking and secretive week-long closed door council deep in the depths of Cheyenne Mountain under the lock and key security of the friendly staff at NORAD (they left Rocky mountain Oysters on our pillows everyday. So thoughtful...)

Although some detractors deem SoS as overpaid, you can't take away what Stastny accomplished this season (career high 79 points in 81 games, led team offensively) after last season's less than stellar contributions (36 points, -9). He has been asked to be the team's veteran offensive leader in only his 4th NHL season and at the ripe old age of 24.

Anyone who follows hockey at all knows what Craig Anderson meant this year to his team. He carried the Avs on his back for the majority of the season and gave them the confidence that they needed as a bunch of newbies to believe they belong in the NHL, and that they could win in the NHL. Andy also set career highs in: Games Played (71), Wins (38), Saves (2,047, led league), and Shutouts (7). Not too mention setting an NHL playoff record in game 3 versus San Jose for most saves (51) in regulation without allowing a goal. I'd say that's fairly valuable.

This was actually the most controversial category at your secret summit. We had a tie vote for Svats and Human Punching Bag. Svatos set career lows for: Games played (54), Goals (a measly 7), Assists (4), points (11), +/- (-13). The only time he was really noticeable on the ice was when he was falling down behind the play or blowing coverage. He did have a few highlights, but it was too little too late, and much more was expected from this former 30-goal scorer. Koci played in the most games in his NHL career (43 - I bet you thought it was less), yet totaled his 2nd lowest PIMs. He did less with more, while our skill players were consistently run at all season. Enforcer? Hardly (but don't tell him I said that).

more awards after the jump....

Duchene wins the award by a slim margin, but still very deservedly. He is the most exciting player on the team and has given fans a reason to be excited again. Duchene started and finished the season slow, but in the middle there he was fantastic. He led all rookies is scoring (24 goals, 31 assists, 55 points), while overcoming some early defensive lacking and finishing a +1 for the season. His addition to the Avalanche was an essential inclusion as he provided Colorado with a strong 1-2 punch down the middle, creating depth on the 2nd line and the PP. He's still young and has a lot to learn, but the future is bright and it'll be fun to watch his rise to superstardom.

Call him what you may; YoungNastyMan, Galiardicus, it doesn't matter. He is legend. I'm not sure ANYBODY expected anything from this rookie, but that won't happen again. The "other T.J" started the year questionable to make the team, then his role was that of 3rd liner/PK minute cruncher, then he moved to the 2nd line, and finally the top line / top PK unit. He provided offense, defense, consistency, and some much needed grit - especially in the playoffs. Without his playoff performance, he probably doesn't get this reward, but he earned it with that playoff beard of blood of his.

Honorable Mention: Mueller - Duchene - Hejduk (had they played more together, watch out!)

Any line with Koci is the worst line.

The voting results for this actually kind of shocked me, especially with all the sh*t Male Model has taken this year, but despite being in Sacco's dog house most of the season, he really played well and led the D in points with 31 in merely 59 games. Liles was also hands down our best defensmen in the playoffs. Quincey was a monster at the outset of the season, truly earning his moniker "BMF". But his production and badassness subsided a bit as the season progressed. He still finished second among D-men in scoring (29 points) and +/- with a +9. Liles and Quincey didn't often play together, but they are win nonetheless.

Clark received the most votes by MHH writers for his title as "worst". He is overpaid (3.5 million!!). He had 20 points, but his continual inability to clear the puck and his glaring inconsistency everywhere else in the ice makes him the worst defensive partner on the team. He won't be invited back next year. Hannan, Preissing and Foote all received votes, but Preissing only played 4 games and Foote at least brings what you expect. But Hannan is an overall disappointment. At 4.5 million a year, Hobbit should be breaking people's sternums nightly. He is our "shut down" defenseman, but he is not even a legit top 2 defenseman. If he was our 4th, 5th, or 6th option, he'd be great, but more is expected from this expensive, seasoned, "tough", veteran.

With so many fantastic nicknames on the squad, this was a really hard choice. Kyle Quincey gets the nod, because Samuel L. Jackson says so. He did lose some of his "BMF"-ness towards the end, but the nickname is still amazingly magnificent. He will be stripped of the title if he doesn't change his second half ways though.

Honorable Mentions: Kyle Cumiskey's various label's: "Cummer" (this gets best and worst name mention) and Road Runner. Galiardi might have won this category too, but his nicknames don't seem to have much of a stronghold just yet: YoungNastyMan, Galiadicus. And I love Stewie's "CGDS" title. That got my vote. Highlander and Ferris both get points as well.

Stewart did only rank 4th on the team in fights, but that is due mostly to his promotion from 3rd & 4th line fighter to first line goal scoring mountain of machismo. CGDS had 7 fights and went a decisive 5-1-1 according to hockeyfights. McLeod ranked first on the team with 18 fights, Koci had 11, and Hendricks 10 fights.

Tucker wins this one by default since he is the only player to grow a full, shapely beard. Everyone else either looked like a malnourished chia pet or a patchy axe-murderer.

MOST LIKELY TO FOLLOW TRAILOR ARNESAN TO KHL: RUSLAN SALEI

This was another close one as Svatos received all the other votes, but Salei pulled it out in the end. Way to go dummy.

Dude makes $2.75 mil and played 4 games. Tucker makes a bargain $2.25 compared to Tom. Salei 3+ million, but at least he would have played been scratched had he not been injured. Preissing just wasn't even invited to the party.

For what he means to this team, Andy walks away with this one. He made a modest $1,812,500 this year and carried his team to the post season. He is the man.