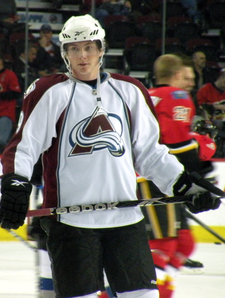 Matt Duchene was excellent this year. He jumped straight from juniors at eighteen and filled the Avs desperate need for a second line center. Through the middle of the season he was absolutely brilliant, scoring most of his 24 goals and showing he could be dominant. Unfortunately, he also went through two streaks where he couldn't score a goal to save his life and one of those was during the late season stretch and playoffs when the team desperately needed him to contribute. Even when he isn't scoring, though, he always creates chances with his speed and puck handling abilities. He started off the season struggling defensively but got better as the season wore on. He had 64 takeaways, good for 2nd on the team and 12th overall in the league. Duchene has the ability and the intelligence to become a Datsyuk-like dominant center in this league. 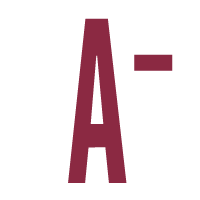 I'm actually surprised Philippe Dupuis played four whole games because I have no recollection of him. 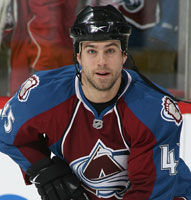 Chris Durno has shown the ability to be a very effective 4th line player. He only scored 4 goals but it seems like all 4 were pretty important. Beyond points he adds a lot of energy to the game and has the potential to change the momentum of games. However, he has shown a tenancy to take irresponsible and badly timed penalties. That got him into Sacco's doghouse near the end of the season. I like Durno, though, and would like to see him stick around. 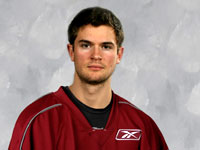 T.J. Galiardi has become one of my favorite players on this team. It seems like that he is always playing hard, regardless of how the rest of the team is playing. He is adept at using his speed and tenacity to create chances, which made him decent on the top line. I think he lacks the finishing ability to be a true top six forward but this was his rookie season, so he is hopefully only going to get better. Defensively he was great, logging a ton of shorthanded time and topping the plus/minus list for the Avs. He was a beast in the playoffs, energizing the team, becoming a bit of a pest and earning much adulation from us fans.

Darren Haydar didn't get much of a look with the big club this year. I can't remember much from his one game. 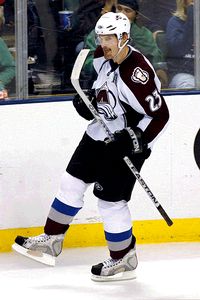 Hejduk was everything you ask for in a veteran...when healthy. He logged another twenty goal season despite missing nearly half the season and showed chemistry with young guns Matt Duchene and Peter Mueller. The Duke is nearly indespensible to this team, being the only veteran top six forward they have currently. He can still be counted on for goal production and is a tenacious defender. He had a rough season injury-wise but hopefully he is healthier next season as that is really the only knock against him. 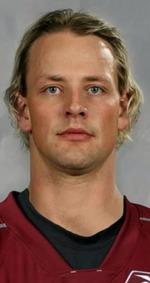 Matt Hendricks is an outstanding 4th line player. He leaves it all on the ice every shift and always seems to make something happen, either with a big hit, a fight or a scoring chance. He only scored 9 goals but a few of those were really big. He is the kind of depth forward that good teams need and should have earned himself a permanent position with the Avs after this season.

T.J. Hensick has been completely surpassed on the depth chart for this team. He was all but useless during the few games he was up with the Avs. I am tempted to give him an F but... 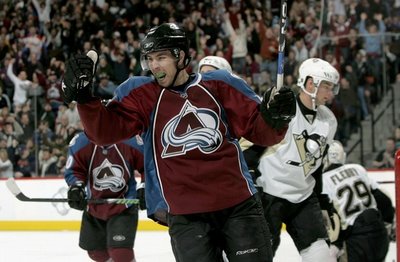 Man, if David Jones can ever put together a full season, it'll be a sight to see. After missing the first few games of the season, he came out like gangbusters, getting 10 goals in just 23 games and moving up to the top six. Then he suffered a season ending injury to put a stop to another potential breakout season. Same old, same old for Doctor Jones. I seriously doubt he could have kept up the goal scoring pace but I have to grade him on what I saw so... 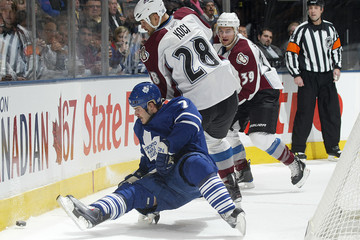 As far as I can see, David Koci adds nothing to this team. Hendricks, McLeod, Durno and Stewart can all fight and actually add some offense. Koci's lone goal came off a Brett Clark shot that hit him in the leg. He doesn't add much physicality either, averaging less that one hit per game. He should be gone this summer. 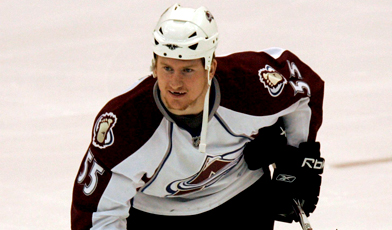 Cody McLeod is a tough one for me. Even though I knew that last season's goal scoring was likely an abberation, I still expected him to score twice as many goals as he did. The Highlander Hat Trick against the Wings only fueled that expectation. He did lead the way in fights, penalty minutes and hits - logging nearly twice as many as his closest competitor Stewart. Even with all that, it just seems like during the second half of the season, there were too many games where I just did not notice him. And for a pest, playing a quiet game is a cardinal sin. 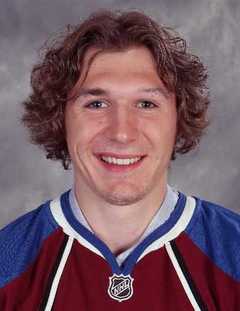 Justin Mercier looked pretty good from what little I got to see of him. He managed to play physical - 15 hits in 9 games - without taking a single penalty. Unfortunately he didn't play enough games for me to give him anyting but an...

Since this is getting unwieldy as it is, I'll grade the rest of the forwards next week.